Tribal tattoos are a great classic in the world of ink lovers, they are a very popular design among both men and women and can be applied to almost any part of the body, whether it be the back, ankle, leg, arm or neck. It is a type of tattoo that is very easy to customize and you can change it as you wish by adding or removing elements. You can also try adding touches of color or opt for the traditional black ink, which is always a safe bet, there are hundreds of options. But if you're a real fan of these tattoos, take a look at the different examples we're going to show you below and get ideas for your future design.

Meanings and Symbolism of Tribal Tattoos

The meanings of tribal tattoos depend not only on the design but also on the culture they refer to as different images or symbols can represent very different things depending on the culture. So if you want to know the meaning of a specific tribal motif, you will first have to know the culture it represents. However, in most cases they symbolize the same thing. The Ta Moko tattoos mentioned above are a great example of the meaning of this kind of body compositions. These designs covered a person's entire face and were composed of very complex motifs. So they were unique to each person creating a meaning of their own. The Maori believed that dead people became translucent, and that light passed through them. This made the dead impossible to identify. People who wore Ta Moko tattoos had a unique design imprinted on their faces. Once the person died the design imprinted on their face would resist the passage of light, allowing their friends and family to recognize them, even after their death. Tribal compositions can also have spiritual meanings. For example, some traditional designs were supposed to serve as a ritual protection against demons and evil forces in some cultures. Of course this kind of meaning is not present at all in modern culture. Some of the modern tribal compositions don't even possess any meaning they are just there serving a simple aesthetic purpose. 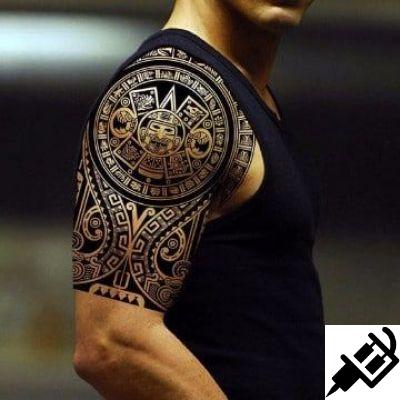 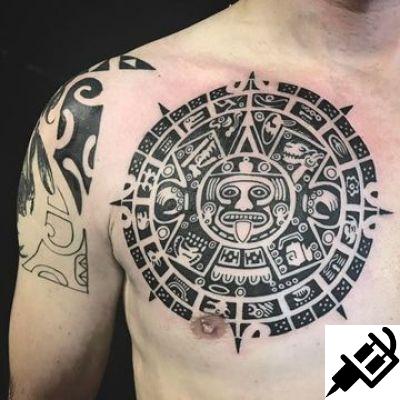 Normally, they are very large and are placed in very visible areas, the arm, chest or back is where tribal tattoos for men are most common. Other times, there are those who prefer them smaller so they opt for bracelet-shaped tattoos, both on the arm and on the leg. 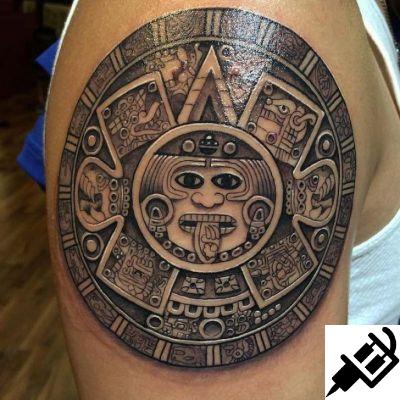 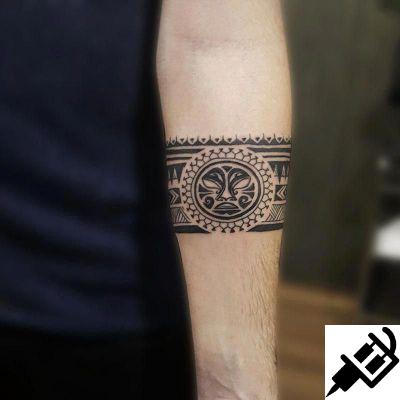 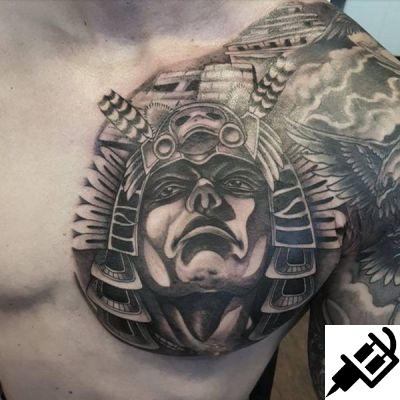 The tribal tattoo designs that women usually opt for, are smaller, many times, they are animals made with tribal style. In most cases, tribal tattoos are in black ink. They can be found on the lower back, shoulder, foot or forearm. 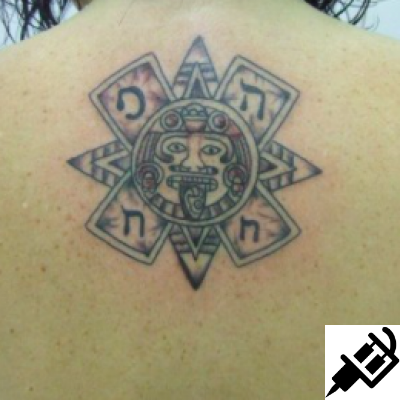 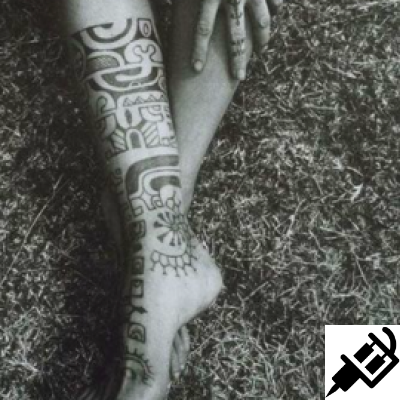 Tribal tattoos need a lot of details, so it is not very common to find small tribal tattoos. If you really want a tribal tattoo, make sure it is at least medium sized, otherwise the details may not be well captured and the result may not be as expected.

The back is a perfect area to get large tribal tattoos. Many times, those who opt for a tribal tattoo on the back, also extend their tattoo on their arms to complement their design. The arm, chest or leg are also great areas for a large tattoo.

Depending on the type of tribal tattoo we choose, we can place them in one area of the body or another. Traditional tribal tattoos had to be somewhere visible, which explains why areas such as the face, neck and hands were the most tattooed. In the case of modern tribal tattoos, these areas are not very appropriate. We should avoid tattooing on the face, society is not yet ready and because of the professional restrictions that exist regarding this subject, as it may be difficult to find work in the future unless you are a tattoo artist or have your own business.

Tribal Tattoos on the Arm

We can find them in many types, big or small, covering the whole arm, or just in the form of a bracelet. So, depending on what you want, you can tattoo one option or another. 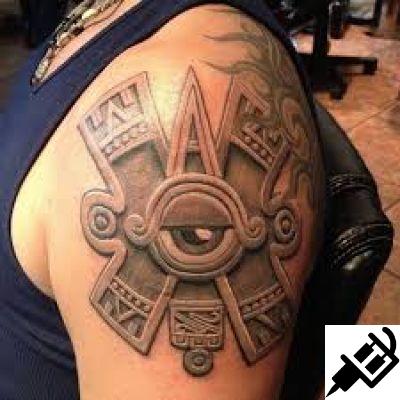 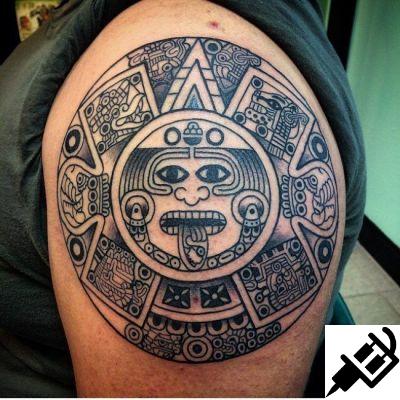 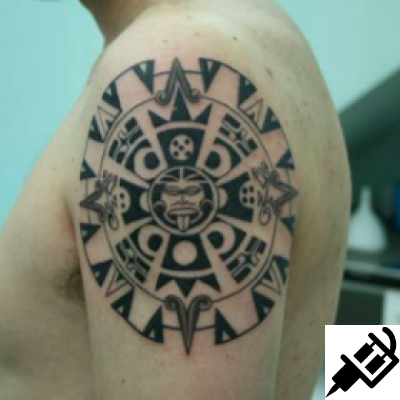 Smaller than on the arm, tribal tattoo shapes are usually placed on one of the two sides or on the back of the neck.

They occupy a large part of the back and, in some cases, the entire back. It is a very common area for both men and women to get tattoos.