20 Boxer Tattoos and their meaning

Boxing tattoos can be worn by both boxers and their fans. The most common are represented as symbols of boxing gloves, boxers often make such tattoos to intimidate their opponent. Some people may simply box as a hobby and really enjoy it. Others get this tattoo as a way to honor their passion for boxing, or as a way to warn other people that they are not to be trifled with.

Because it's a risky and individual sport that requires a lot of self-effort, a boxing tattoo is a great way to remember an old situation or moment that required bravery. It is usually accompanied by a specific date or phrase that reminds us of it. The resistance in battle, the fight against one's fears, the effort and discipline to achieve victory are some of its meanings. However, there are those who have chosen a boxing tattoo to remember a real fight, directly linked to this sport, that they want to always keep in mind. It is the symbol of overcoming and dedication that is related to the sacrifice in each round disputed. 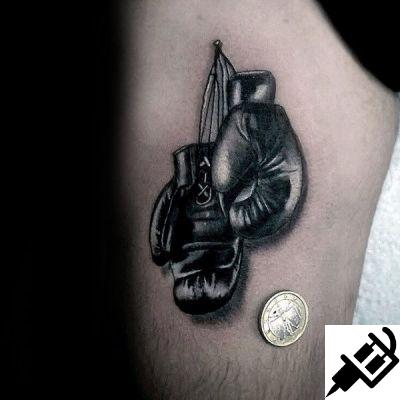 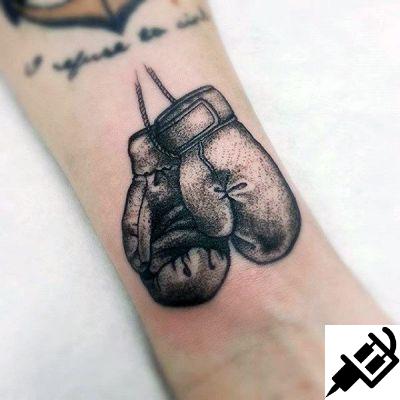 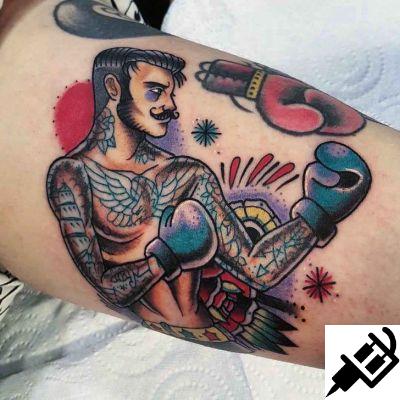 What are the most common Boxer Tattoos?

The image of a boxer is a very popular design to be done in the Traditional American style. Most of these pieces feature a man with a well groomed mustache in a fighting stance. The most common boxer tattoos are:

On the forearm, shoulders and even the hand or back, men usually go for larger tattoos with lots of detail. We can find them both only in black ink or also with details in red ink to make the designs stand out more. 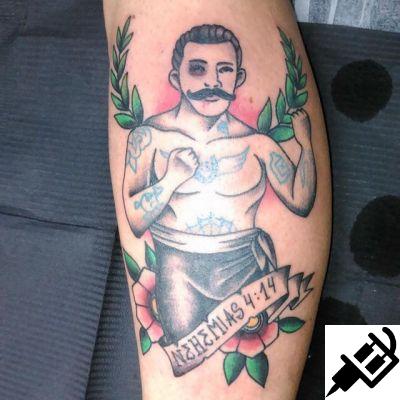 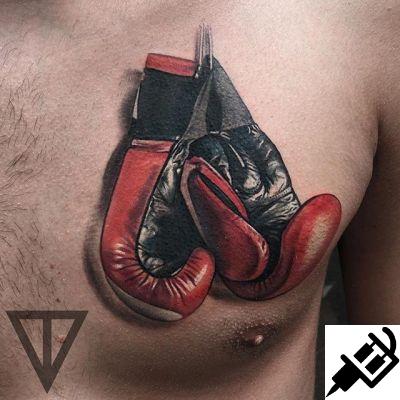 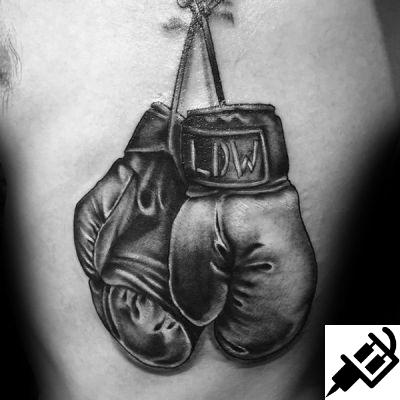 They are usually smaller than in the case of boxer tattoos for men. There are no exclusive tattoos for men or for women but it is true that many times there are differences between the designs they choose. 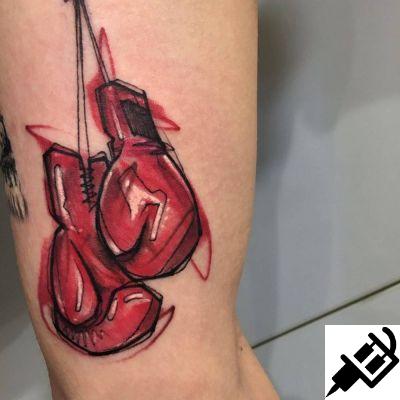 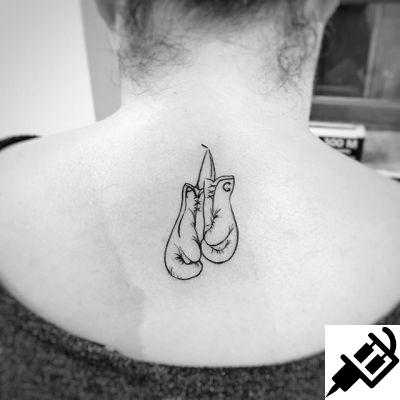 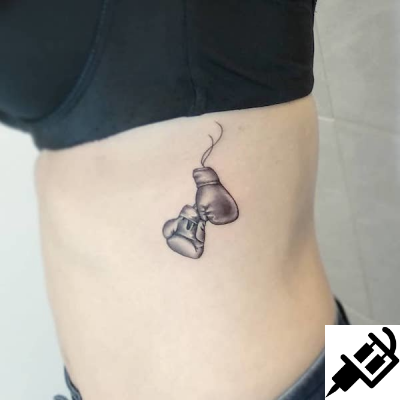 Usually these designs are of gloves, either one or two, quite minimalist style and mostly in black and white. While small tattoos can be placed anywhere on the body, they are usually found on the inside of the arm, wrist or hand. 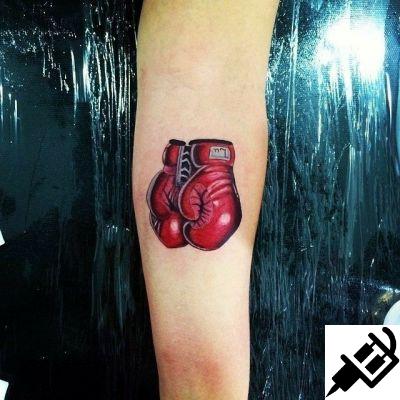 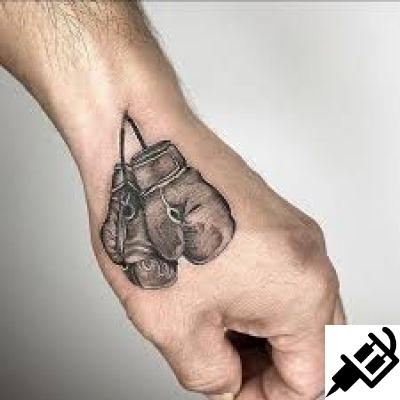 Among the large boxer tattoos, there is more variety. Here we still find tattoos of gloves, but most are designs of old boxers and mustache depicting some fight scene. 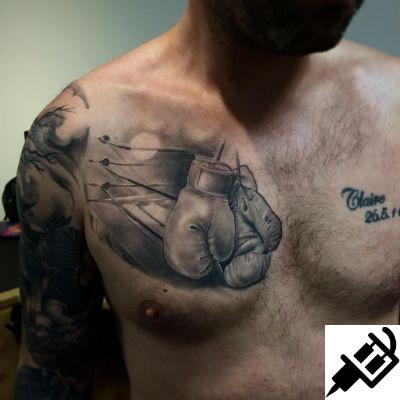 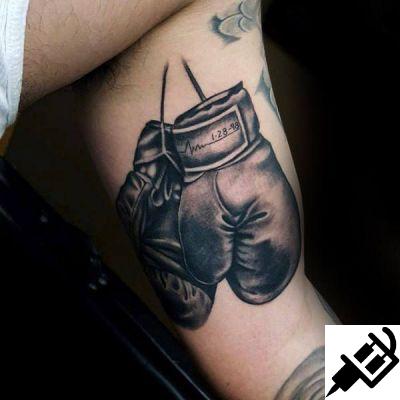 Once we know what design we want to capture in our body, we must choose the part of the body. Normally, men opt for the shoulders or back, very visible areas that allow the design to be large. On the other hand, women tend to prefer smaller and more discreet boxer tattoos, so they usually place them on the wrist, neck or leg.

Boxer Tattoos on the Arm

As we said before, among men, we find more tattoos on the shoulder or forearm, while women are more likely to opt for areas such as the wrists or the inside of the arm. Areas where hiding a tattoo is much easier. 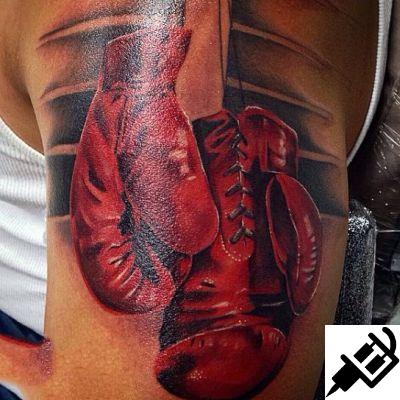 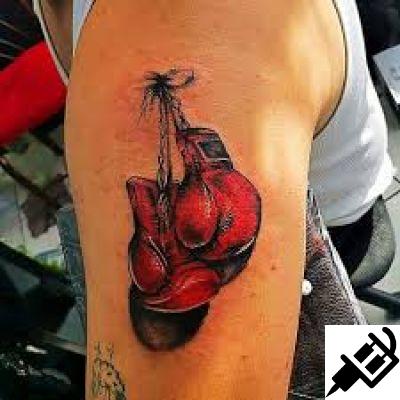 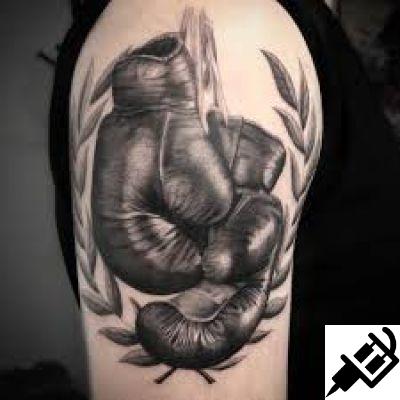 Boxer Tattoos on the Chest

Here there is also a lot of space to tattoo, so the designs can be very large. They represent fight scenes, they are tattoos of gloves and many times, they are accompanied with some phrase.

Boxer Tattoos on the Hand

There is not much space so the most normal thing is to find tattoos of gloves. Sometimes they occupy the entire upper part of the hand, but they are usually quite small. The hand is very visible so we must be very clear that we want this tattoo, because it is something for life. 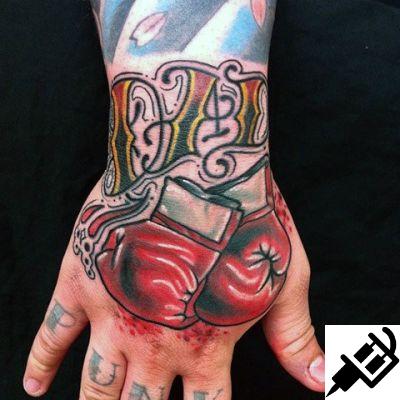 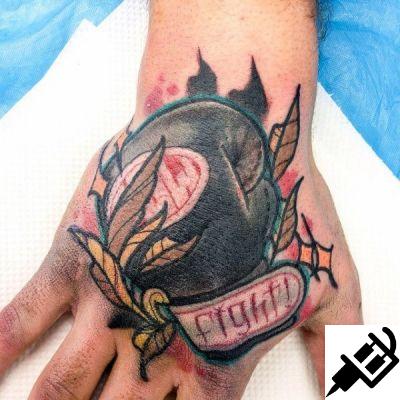 This work is under Creative Commons Attribution-NonCommercial-NoDerivatives 4.0 International License. 2023 / fortattoolovers.com