Most of us know that even though tattoos are becoming more and more accepted in society today, there is a past in which tattooed people were very much related to an environment or, at least, they were related to that. What today means a tattoo in the look of a person is something partly circumstantial that has arisen because of the trends of the moment, but the reality is that tattoos are in our society for decades and that is thanks to those people who fled from social labels.

The Most Popular Rocker Tattoos

Nowadays, tattoos are seen as something normal in society, but this has not always been the case, and until a few years ago the one who wore a tattoo was not well seen. Although tattoos are a real trend nowadays, they have been around for many years and have been present in many different environments. The world of rock has always been associated with drugs, sex and tattoos. 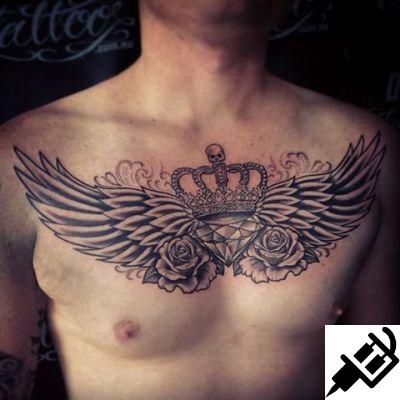 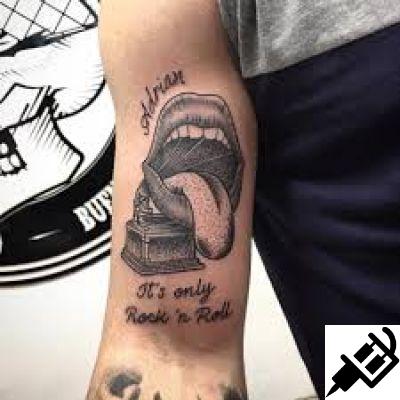 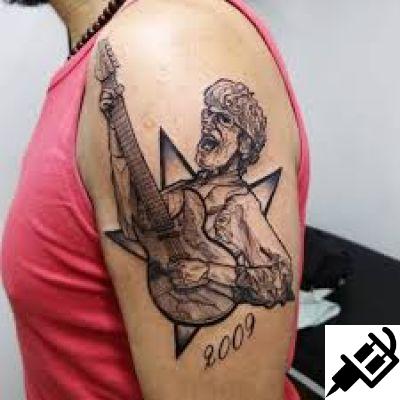 What are the most common Rocker Tattoos?

Many have been those who have followed the trend of rock aesthetics incorporating tattoos on their body over the years and, today, many are those who remain faithful to this movement by making it reflected in their look. As main themes in rock tattoos, we see elements that are closely related to the philosophy of the musical movement with transgressive character such as skulls, devils or satanic elements, inverted crosses and various elements surrounded by fire and blood. A very frequent tendency in the followers of the rock bands is to tattoo the name of the the one of tattooing the name of the bands or of the discs of the same ones, emulating the original typographies. Very common examples of this are the tattoos of the name of legendary bands like Metallica, AC/DC or Nirvana. Nirvana. Sometimes, we see that there are bands that have adopted symbols or logos that have become that have turned them into representative images of the band itself and that are also very that are also widely used as tattoos. A clear example of this are the lips with the tongue out of the Rolling Stones. Others go further and, they decide to tattoo themselves directly the face of their favorite stars in honor to what these have meant not only as musical idols, but many times they have become not only as musical idols, but also as models or referents of their philosophy of living and understanding life. As examples of this, we see tattoos of the face of John Lennon or of the singers of the band Kiss with their famous and peculiar masks.

In big and thick letters, men are the ones who usually wear the rocker style tattoos and they put them on their arms and chest.

Of course, there are no tattoos exclusively for men or for women, so there is not much variation in the styles that women opt for compared to men.

It is very difficult to find small rocker tattoos, but we can always find an example. Normally, these are some phrase or word of a song and we can find them anywhere on the body.

In the arm, chest or back is where there are more tattoos of large rockers as they are the areas where there is more space and are more comfortable for the artist when it comes to capture large tattoos. 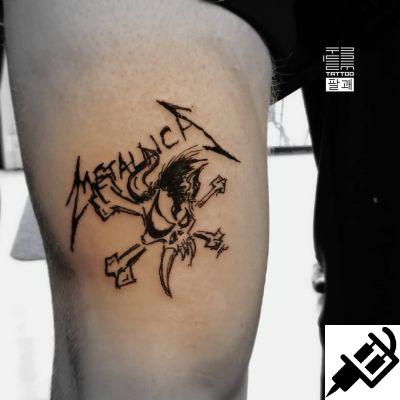 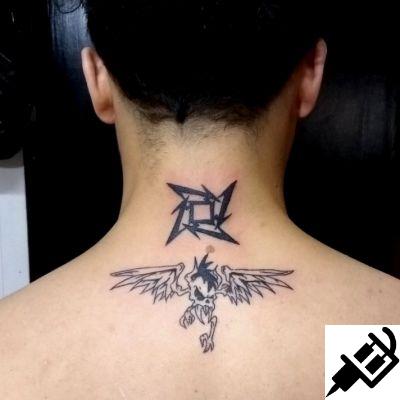 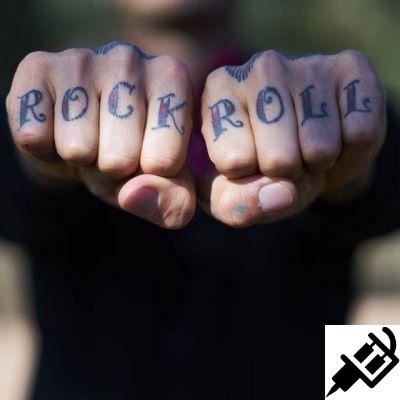 Rocker Tattoos on the Arm

On the shoulder or forearm, the tattoos will be larger and with many more details and colors, while on the wrist or the inner side of the arm or wrist, the tattoos have to be smaller because the space we have in these areas is much smaller.

Rocker Tattoos on the Chest

It is mostly men who get rocker tattoos on the chest, since here, normally, the tattoos are large and easy to capture.