Jellyfish Tattoos: The Best Designs and Their Meanings

Jellyfish are animals that have inhabited the seas for more than 500 million years. They have a shape and body that has captivated the whole world since ancient times. Even as far back as Greek mythology and many forms of artistic representation. As it could not be otherwise, in the world of tattoos we have also been carried away by the jellyfish. With the most modern techniques in the world of tattoos, jellyfish designs are popular for the diversity of shapes and colors that emphasize the beauty of these beings. Jellyfish are marine creatures, invertebrates belonging to the species of phylum Cnidaria.

Meanings and Symbolism of Jellyfish Tattoos

Jellyfish are marine animals with a gelatinous and semitransparent body, although the most common ones have a characteristic bluish or lilac glow. The truth is that there are jellyfish of many different sizes and colors, so they are a perfect animal to tattoo with the style, colors and designs that you prefer, to complement other tattooed pieces, or also as a first tattoo for its great beauty and elegance. Jellyfish have become a symbol against climate change, since precisely the confusion of these with the bags thrown into the sea have caused the death by suffocation of thousands of animals in recent years. Dangerous because of the sting of their toxic tentacles, which can cause from swelling and itching to very severe paralysis, jellyfish are also a symbol of mystery and poison. And of course they are a key piece and represented in the tattoos of the seabed, accompanied then by fish, sharks and other elements of the sea. 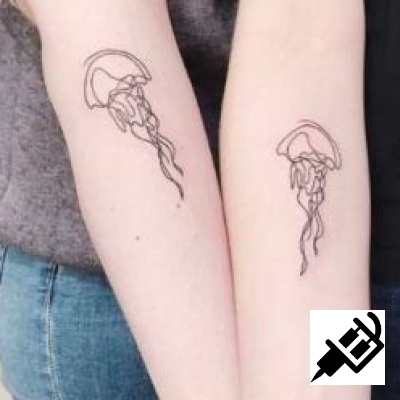 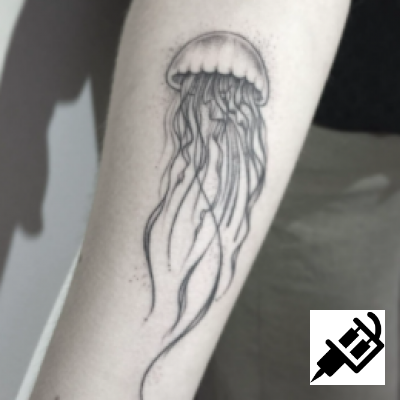 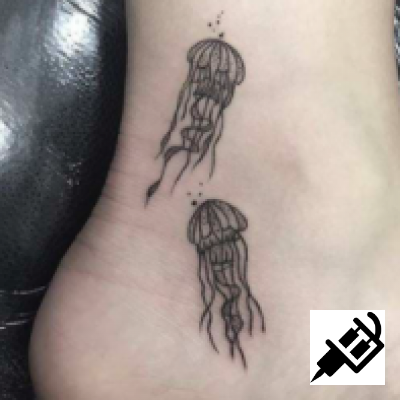 There are no jellyfish tattoos for men or for women, but it is true that there are types of designs that are more popular among men than women. Normally, these tattoos are very large, with many details and colors, so the most common is that they are realistic style. To make the colours of the jellyfish stand out more, they are usually accompanied by shadows. The parts of the body where jellyfish tattoos for men predominate are the calf, ankle, or arm. 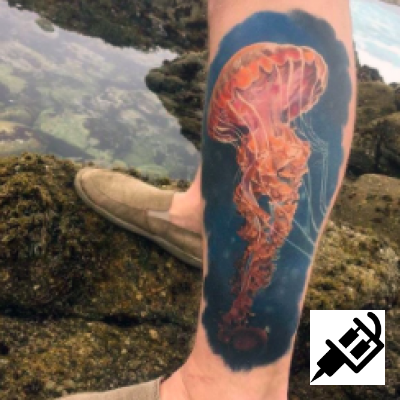 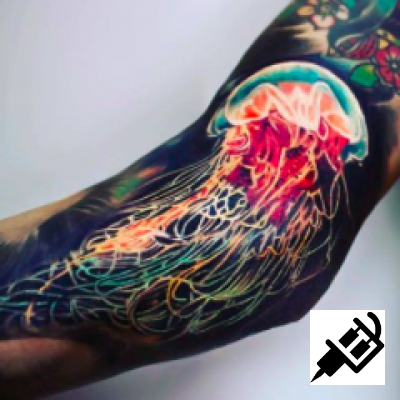 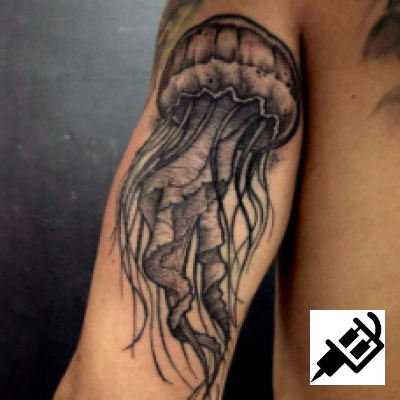 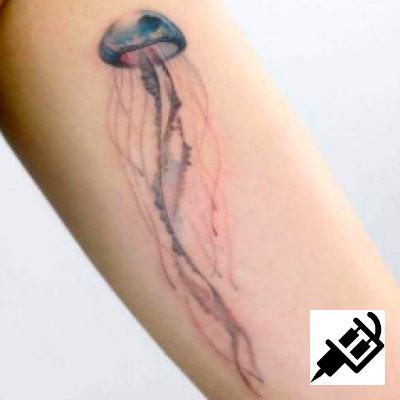 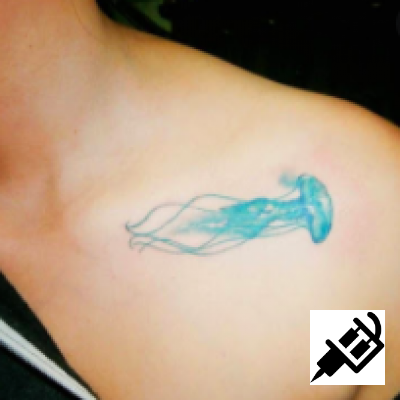 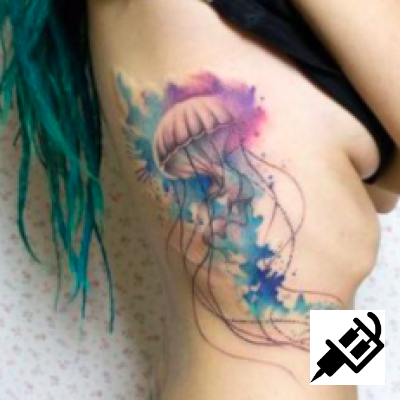 The curved areas of the body are very appropriate for this type of tattoos, as they go in harmony with the fluidity of the movement of the jellyfish. An example might be the design of a jellyfish swimming from the forearm to the bicep, with the tentacles curving around the elbow. Due to the lightness they transmit, their soft colors and the elegance of their body, jellyfish tattoos are preferred by women. The areas where they look best are the arms, thighs, chest and ankle, allowing their tentacles to extend or curl, according to the creativity of the artist.

Jellyfish Tattoos on the Arm

In general, it is one of the most common areas to get any type of tattoo since it is very visible throughout the year. In the case of men, the shoulders and forearm is where most jellyfish tattoos are placed, and in the case of women, on the inner side or wrist. 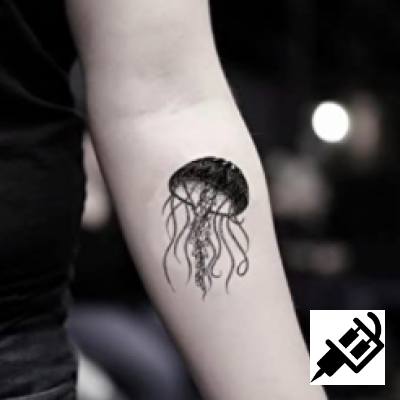 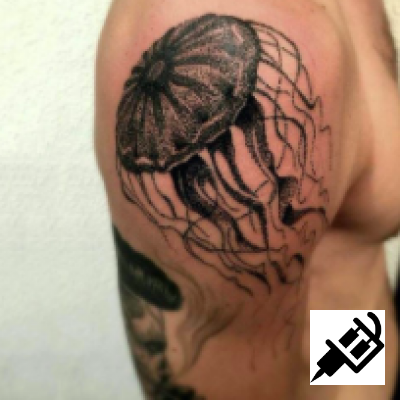 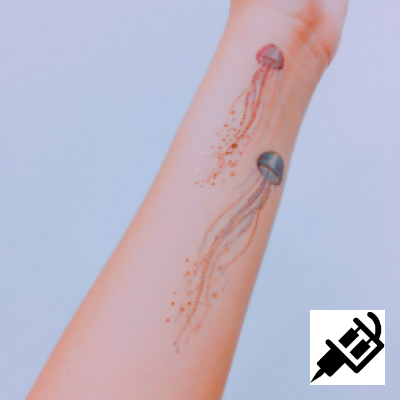 Jellyfish Tattoos on the leg

Especially in the calf, with many details and colors in large size, in the ankle, as we have also said many designs of jellyfish tattoos are also embodied but in this case, are smaller and with fewer colors. They are ideal for those who want a discreet and simpler design. 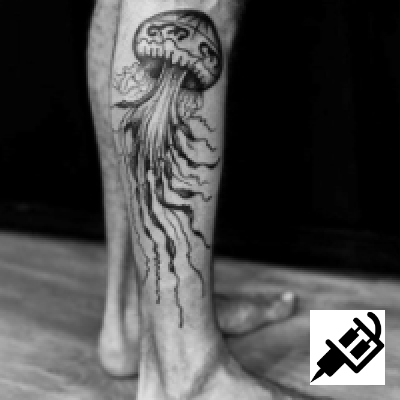 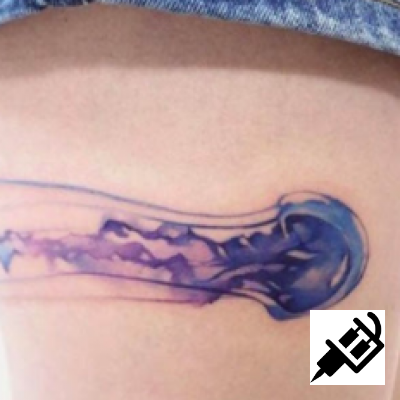 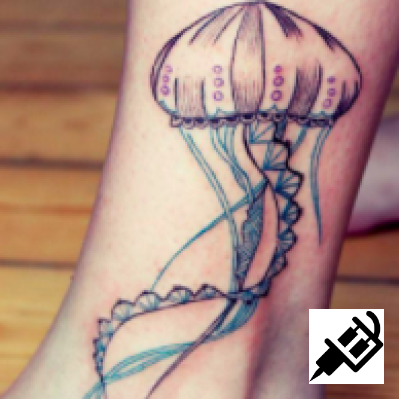 Jellyfish Tattoos on the Chest

On the chest, you can get tattoos of any type and size, which is why it is also one of the most popular areas for jellyfish tattoos among both men and women, but while men prefer large tattoos, women get smaller ones near the collarbones. 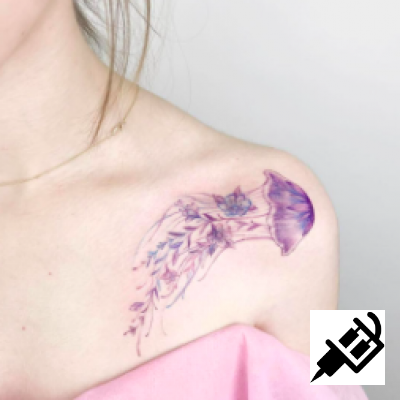 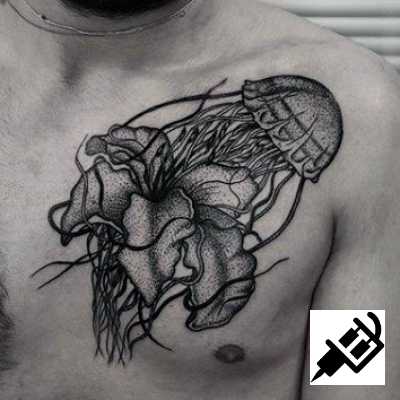 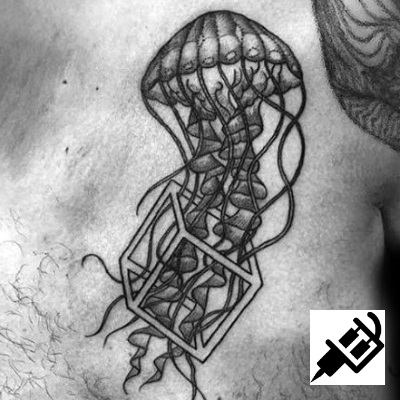