Glyph Tattoos with their Meanings

The glyphs, these figures or symbols that were carved by ancient cultures around the world, as a way to express and leave evidence of what they lived, believed and witnessed in nature, were also carried on the skin through tattoos as an amulet, as a sign of status or to identify some villages from others, so it would not be the first time that glyph tattoos are implemented. Glyph tattoos are a very original, different and simple idea, besides significant, these engravings helped researchers to better understand how those civilizations lived, what were their customs and beliefs.

With glyph tattoos, there is no common pattern or a correct way to wear them on the skin, as it varies according to the tastes of each person and their possibilities, each one decides how to wear the glyph, its size and the amount of them. The thickness of the lines, for example, will change the look of it, you can also play with the chosen ink, usually it is in black ink, to get out of the ordinary, you can also choose a blue or even red ink, according to the chosen glyphs. On the other hand, the parts of the body where glyph tattoos look best are: the neck, the back, the side, the wrists, the hands or the fingers. 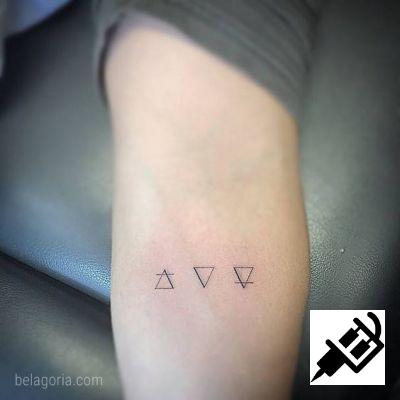 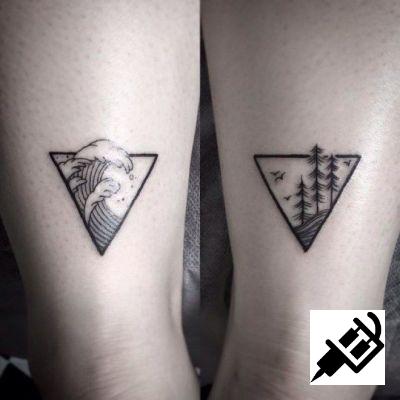 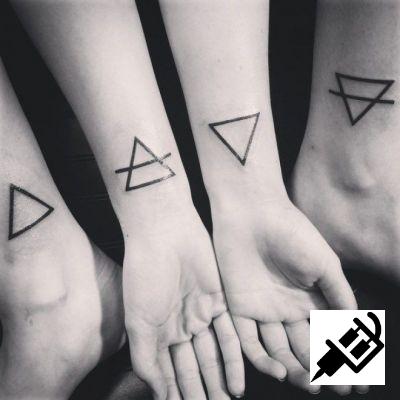 Meanings and Symbolism of Glyph Tattoos

Glyph tattoos are so striking because behind a simple graphic there is something truly significant, depending on the figure chosen, the glyphs can be worn together and form a message or you can choose one that speaks for itself, all this is according to the culture:

In addition, there are other types of glyphs that are very colorful in tattoos and are formed by different triangles, each one has a variation to represent an element, among them:

Glyph triangle tattoos can be worn together or separately, tattooing the element you like and represent you the most.

The only difference we can find with glyph tattoos for women, is that the tattoos chosen by men are thicker and larger lines. Also, sometimes they are more colorful. 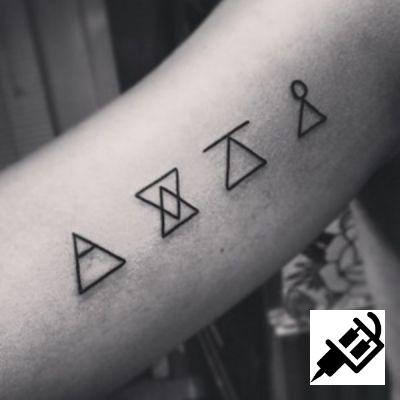 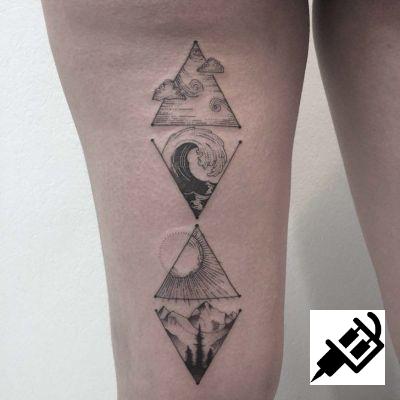 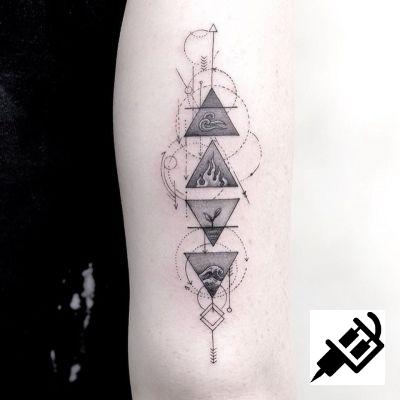 Glyph tattoos for women tend to be smaller and minimalist in style. Typically, women get tattoos in discreet areas such as the ribs, the inside of the arm or near the wrist. 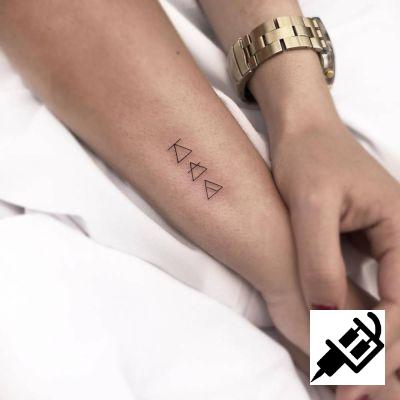 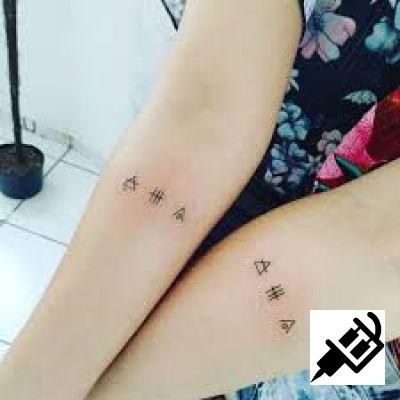 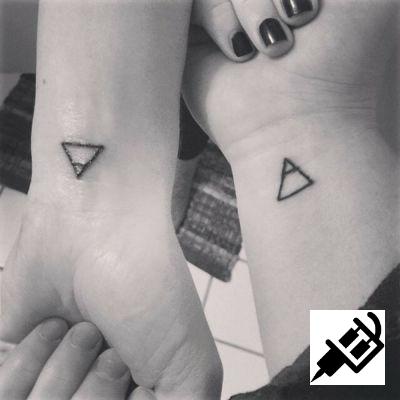 As in most cases, small tattoos can be applied to almost any area of the body. On the wrist, the inner arm or the back of the neck, is where we find more small glyph tattoos.

Large glyph tattoos are located on the forearm or leg. Many times, it is a single glyph, which most represents the person who wears it.

This type of tattoos look great on any part of the body, especially the minimalist style. Mainly, we find glyph tattoos on the ribs, arm, back or leg.

Glyph Tattoos on the Arm

Depending on the area of the arm we choose, the tattoos will be more or less visible. The wrists and the inner side of the arm are perfect areas to get discreet and small tattoos, while the man and the forearm are more visible and have a lot of space to get big tattoos. 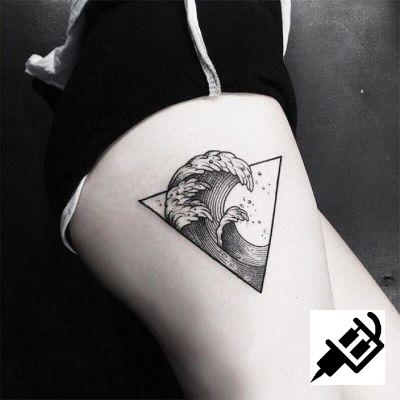 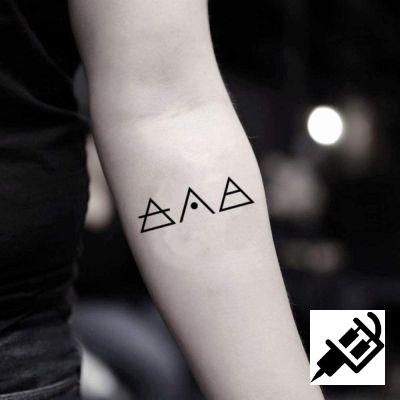 Glyph Tattoos on the Back

Both horizontally, at the top, and vertically, just above the spine, women are the ones who usually choose to get tattoos on their backs. 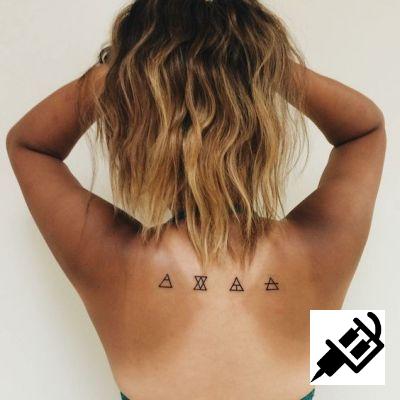 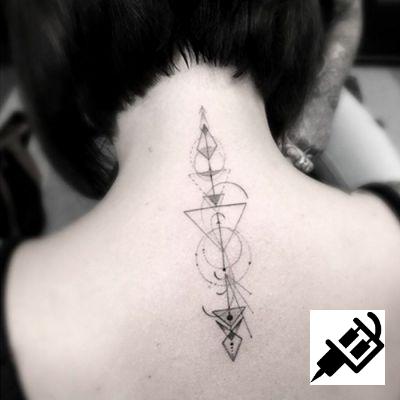 Glyph Tattoos on the Ribs

They are discreet and can be found in large and small sizes and, as in the case of the back, vertically or horizontally. 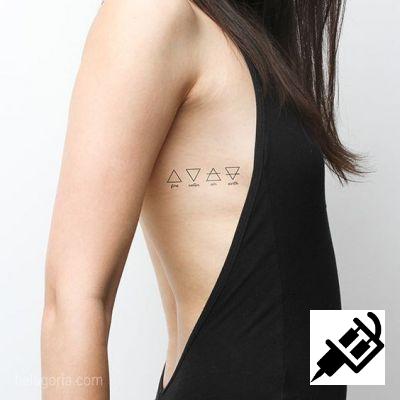