Warriors, are ordinary men and women with the exception of their actions, are people with extensive war fighting skills in warfare, both physical and strategic. They are prepared to fight relentlessly and win the battles. In history, we have many names to inspire warrior tattoos in the most diverse cultures and books.

The Most Popular Mythological Warrior Tattoos

The Origin of Mythological Warrior Tattoos

Each type of warrior of the past had a different battle philosophy and fighting style that made him special and different from the rest. Warrior tattoos are a powerful reminder of the strength of our ancestors and are a connection to them.

Mythological warrior tattoos are visually very powerful and have deep connections to the past. They are also an inspirational reminder of our aspirations, which helps people stay mentally strong in the midst of difficult situations. Each of us has an inner warrior, and some situations, make us bring it out. Here are some of the most common mythological warrior tattoos:

Anyone who opts for this type of drawing, generally seeks to make reference in the history of the chosen warrior. They are people who seek inspiration in their life, inner strength and the will to fight not necessarily in a war but in something great, to overcome the adversities of everyday life. It can also refer to those who sought to overcome a personal barrier; someone who, for example, lost the movement of his legs but did not give up and started walking again or even became an athlete even with his physical limitations.

The tattoos of mythological warriors, are much more seen in men than in women, since the styles with which this type of tattoos are made are usually realistic and, with great amount of details. Therefore, they have to be done in areas of the body that are comfortable to work on, such as the arms, back or chest. Let's see some examples: 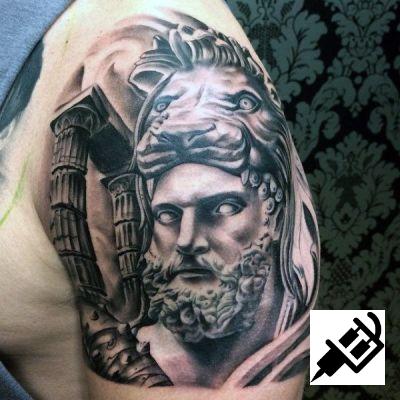 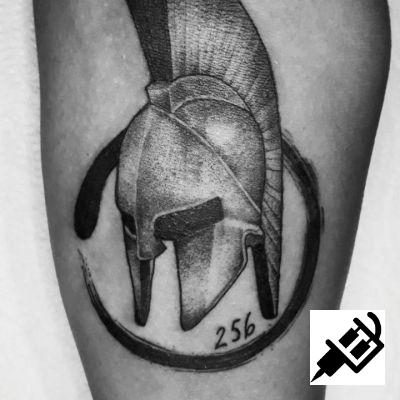 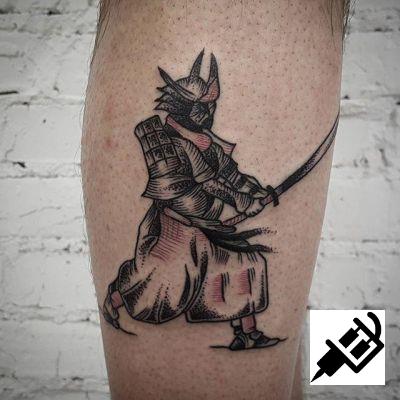 Although mythological warrior tattoos are not very popular among women, there are always those who decide to get one. They are not usually very big and they are usually discreet and with few details. 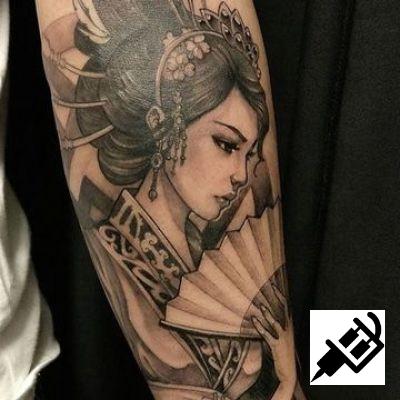 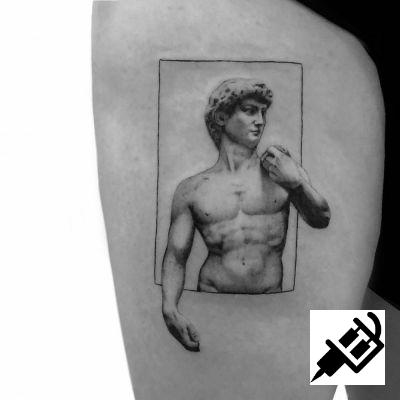 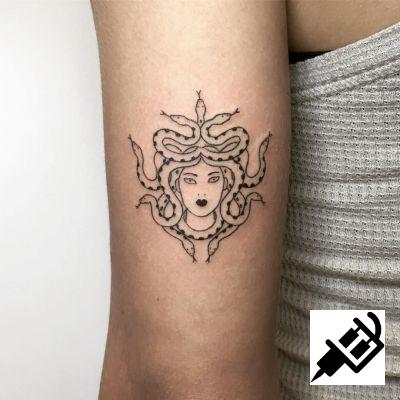 As usual, the part of the body where we can find more tattoos of mythological warriors, is on the arm. Although the back, chest or legs, are other very common parts where we can also find them.

Mythological Warrior Tattoos on the Arm

As we have said before, it is the part of the body where we can find more tattoos of this type. This is thanks to the visibility that has the arm and the diversity of spaces that offers to be able to capture the tattoos. 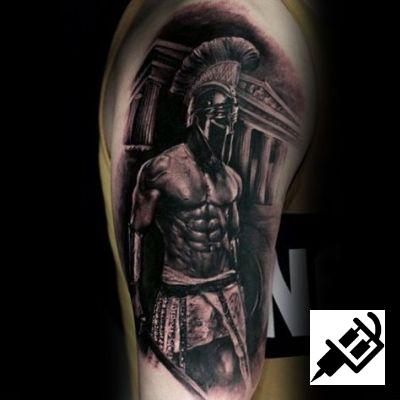 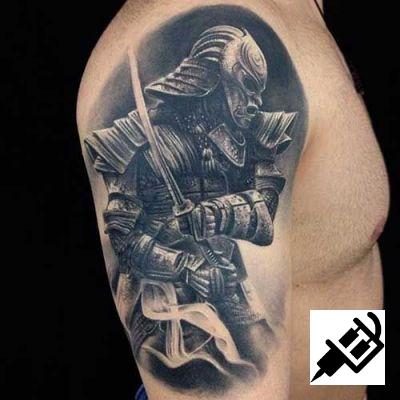 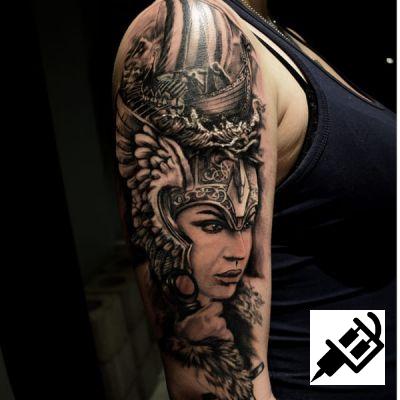