Gothic lettering tattoos are one of the most popular styles. Letters that lead us to think of a fairly ancient era, which has left us a legacy in the form of inspiration. So much so, that when we think of a tattoo with letters, most of them will have a style like the one we show you in this article. Once we have chosen the gothic letters that will make up our design, we will have to take a second step. Undoubtedly, there are several options to consider and all of them with a more than amazing result.

The Most Popular Gothic Lettering Tattoos

Undoubtedly, Gothic letters are striking for their design, as they have a peculiar calligraphy. In fact, the same word written in gothic letters or in common letters do not look the same. Tattooing is a way of expression of art, and it looks for fonts and drawings that are as harmonious as possible. With gothic lettering, not only beauty and class is achieved, but because of the antiquity of this calligraphy, the quote or the word has an added concept. 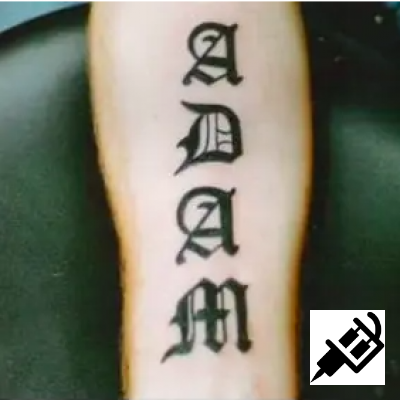 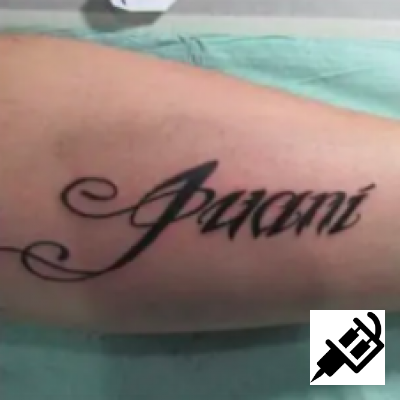 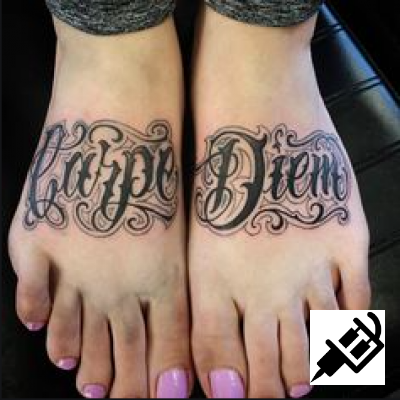 Tattoos with a proper name are very common. In them, some people decide to wear their own, although we have also seen how that special person can be the protagonist. It is always advised that if you are going to get your partner's name tattooed, it should be something more than serious. It's not the first time that someone gets their partner's name tattooed and soon after they have to change it or do a cover up. Be that as it may, when we choose a name, it has to have a lot of symbolism in it. Parents and other family members are a good option to wear on our skin. All of them can be tattooed both in capital letters, which really are the most used when we talk about gothic letters, but also in lowercase. In the same way, you can complete each name with a simple outline. In this case, it is always usually in black ink to add that originality that Gothic fashion also carries. 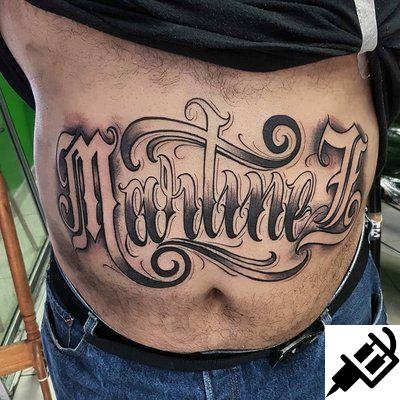 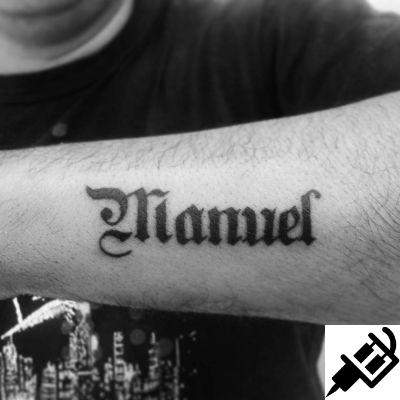 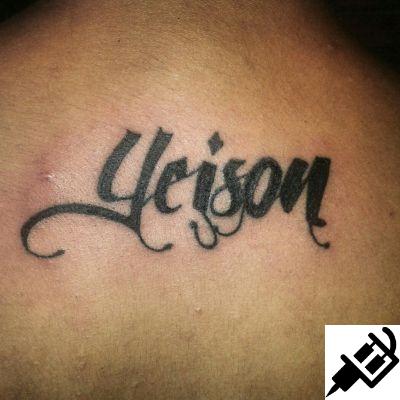 For those who do not find a single word enough, they can always resort to phrases. The first thing to do is to think about where we are going to wear the phrase we want. This is the most important part, since it will affect the length of the phrase, that is why many people choose the arms when they choose a long phrase, the forearm is one of the most demanded areas for this type of tattoos along with the back. In addition to this, we see again how the designs continue to surprise us. Some have shading to intensify the letters, however, others take it to a more subtle field, leaving a thinner letters, but always with a lot of originality. If you are one of those who prefer decorated tattoos, we return to mark the design as some tracings, which can come from part of the letters or with background. 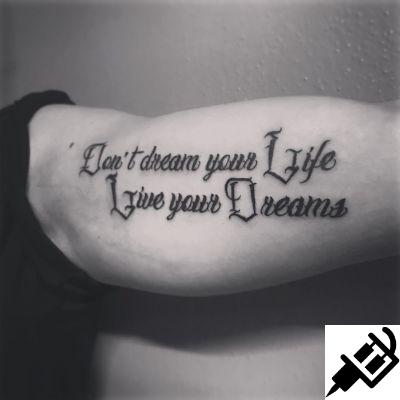 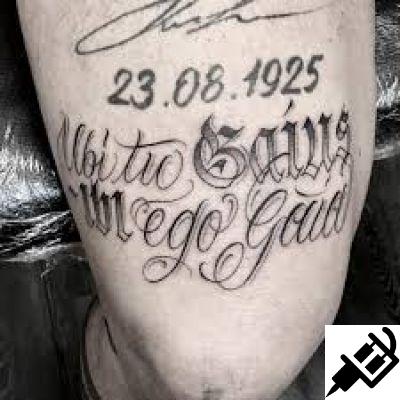 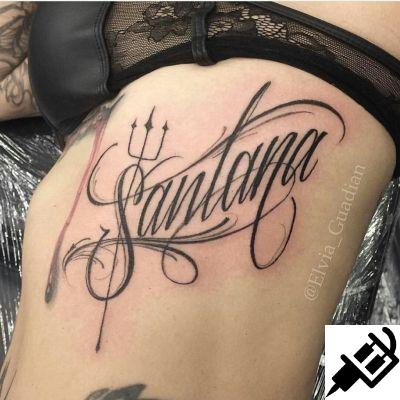 The most common areas where Gothic lettering tattoos are located are the chest, arm, back or neck. It is as common to find them in black letters and accompanied by a drawing as it is to find them with only the outline of the letters drawn and with a shaded background. They are tattoos that are usually large in size, so it is not common to find them on the wrists or ankles.

Gothic Letter Tattoos on the Chest

Usually the Gothic letter tattoos on the chest, are with the names of family members or with phrases or love quotes, referring to the family. The most common is that they occupy the entire chest but sometimes, we can find tattoos that only occupy a part of it.

Gothic Letter Tattoos on the Arm

Here the tattoo designs are more varied, they can be from names, dates or phrases. As they are thick letters, they take up a lot of space, usually from the wrist to the elbow.

Gothic Lettering Tattoos on the Back

They are usually placed at the top of the back, with words that go from shoulder to shoulder. As there is a lot of space on the back, tattoos are often accompanied by other designs or drawings to complement the design.