The word samurai comes from the verb saburai, which corresponds to"one who serves the lord". They are noble warriors of feudal Japan who defended the interests of authority and wielded great power in all spheres of society. Their distinct way of life influenced the behaviors and habits maintained to this day and is regarded as the symbol of the identity of Japanese culture. Being a samurai was a task only for a select group. A beloved and respected figure, they carried their traditional sword at their waist, symbolizing physical and mental discipline. They firmly obeyed a peculiar unwritten code of conduct based on Buddhist, Shinto and Confucian concepts called Bashido, which means the way of the warrior.

There are many reasons why a person decides to engrave the face of a samurai on their body, and one of them is that they represent bravery, justice and honor. In short, these qualities are so appreciated that tattooing them on the body is to pay homage to the warriors who proclaimed them. As for the designs, let's talk about variety, there are figures of samurais next to cherry blossoms, those that commonly abound in Japan with the name of zakura. In addition, there are images of these warriors alluding to such important qualities as courage and strength. 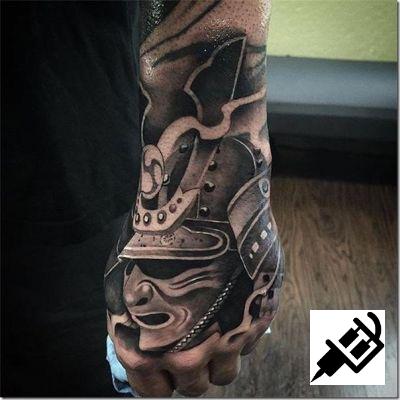 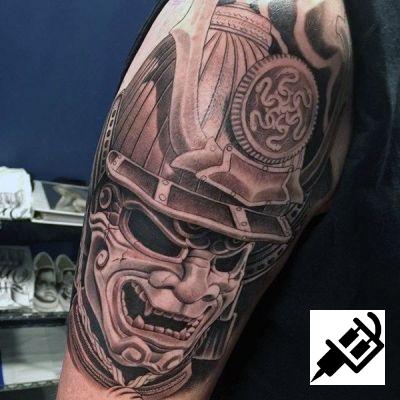 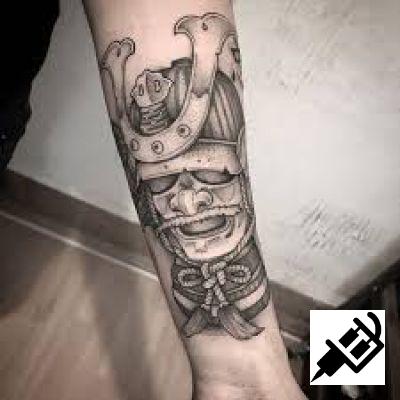 The Most Popular Samurai Face Tattoos

The most popular samurai face tattoos tend to be designs that range from simple isolated symbols to large, elaborate combat scenes. For many people, these tattoos symbolize strength, courage, honor, victory over adversity or freedom of spirit. Large areas of the body, such as the back, provide an ideal setting for these large samurai combat scene tattoos. On the other hand, smaller tattoos of small symbols or designs can be placed on almost any part of the body and in any color. 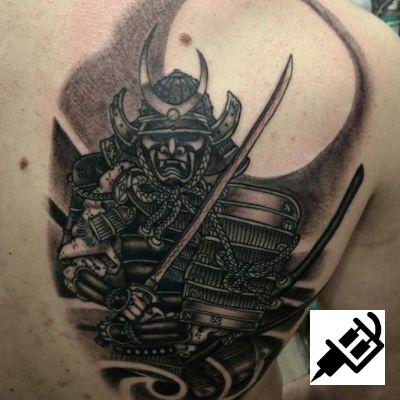 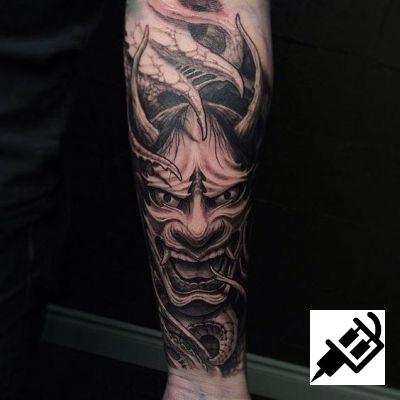 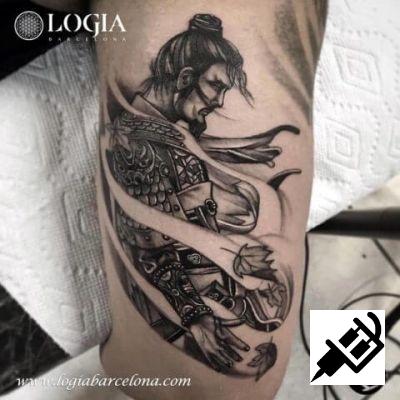 As we have said before, tattooing the face of a samurai symbolizes strength, courage, honor, victory over adversity or freedom of spirit. But in addition, we find that they represent selfless devotion, independence and love of freedom, selfless devotion, honoring the traditions of ancestors, iron spirit and will and loyalty to close people. 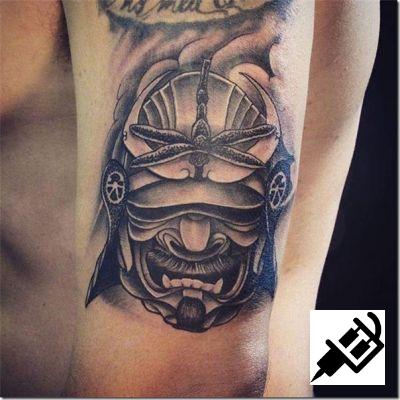 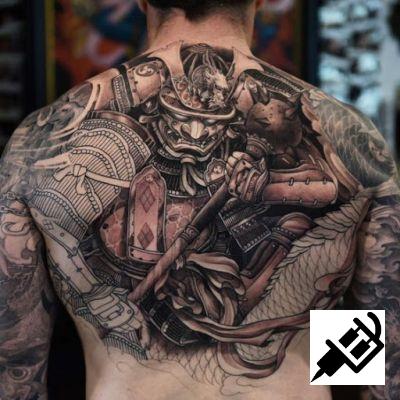 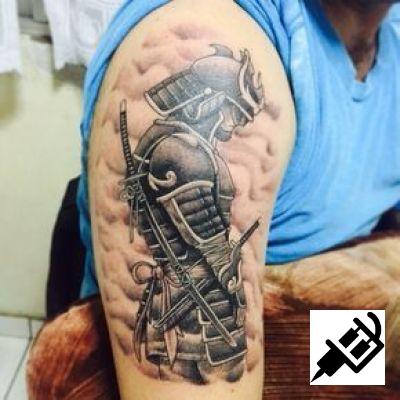 Previously, we have mentioned that perhaps the best canvas to capture the tattoo of the face of a samurai, is on the back, as well as having plenty of space, it is flat and makes the work much easier for the artist, but in the arm, we can find many tattoos of this type, and more specifically in the shoulder. 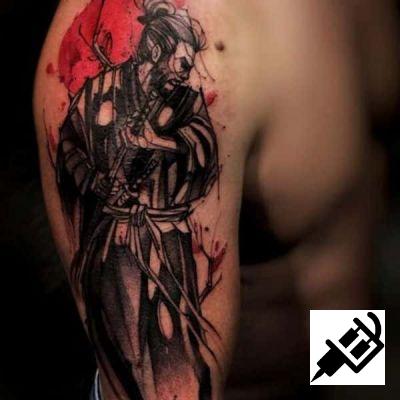 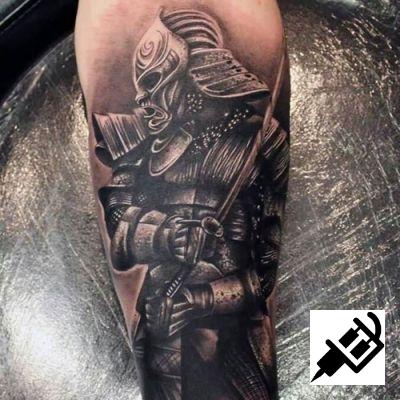 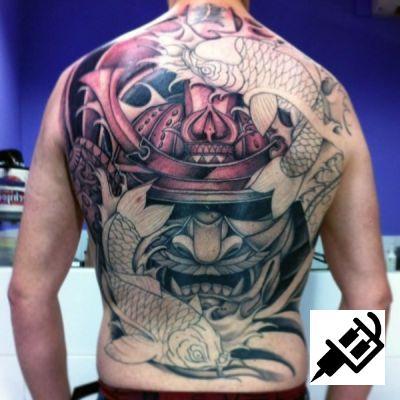 Although they are more difficult to see due to the amount of details required for this type of tattoos, we can always find some. The small samurai face tattoos can be found on the inside of the arm, on the forearm or on the calf, near the ankle. The style that predominates in these designs is minimal since small tattoos do not allow for too many details. 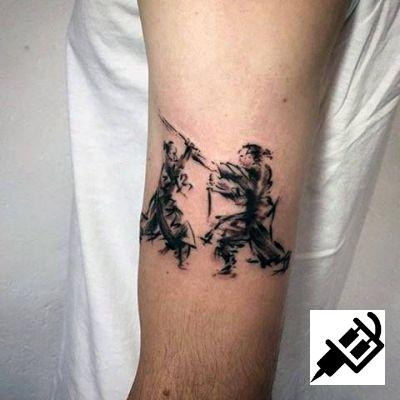 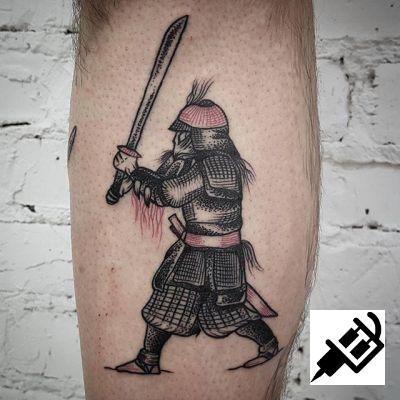 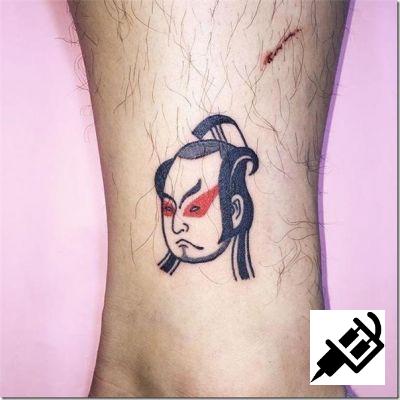