The word angel comes from the Latin word angelus and means"messenger". Therefore, an angel is an intermediary between the physical and the spiritual world. The concept does not only belong to Christian traditions. In fact, it is common to find beings that watch over us and transmit our wishes to a higher being. These beings appear in most religions. Islamic and Jewish traditions, Sikhism and other neo-Hindu religions are full of stories that talk about angels.

Usually, angels are depicted with wings, despite the fact that the bible does not mention at any point that angels carry wings on their backs. This confusion is probably due to several facts. On the one hand, it is due to the confusion that is made between generic angels and other supernatural beings mentioned in the bible that do carry wings, such as cherubim. On the other hand, the common misleading tradition of ototgar wings to angels also comes from one of the mythological beings that probably originated the concept of angels: the valkyries, which are creatures of Norse mythology, represented as winged warriors who took part in battles, helping the warriors to decide which side they thought was more just or would win. 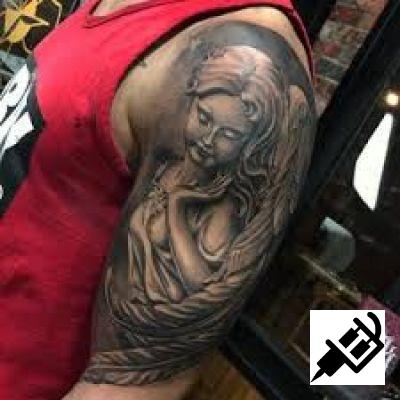 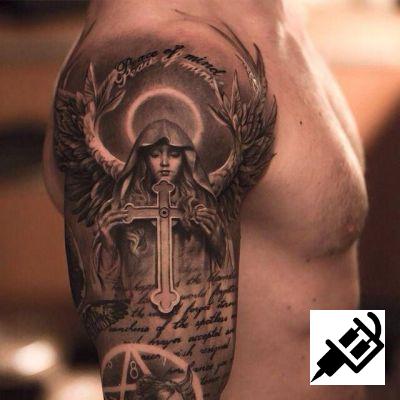 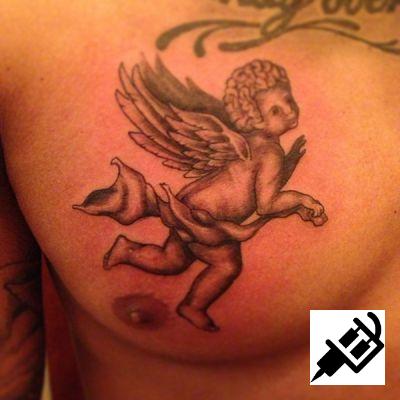 The Most Popular Angel Face Tattoos

The angel holding a harp is the most popular design among both men and women. Angels, are drawn with facial expressions that are sweet, funny and innocent as they try to entertain and praise the lord with their harp. Another design of the same type is that of the angel sitting on the clouds as he looks down to earth, or to a loved one, as they are also supposed to represent the human spirit that has gone to Heaven after death. 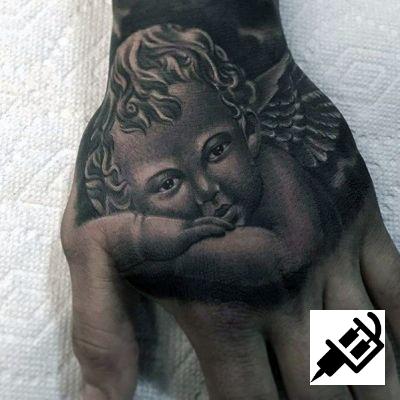 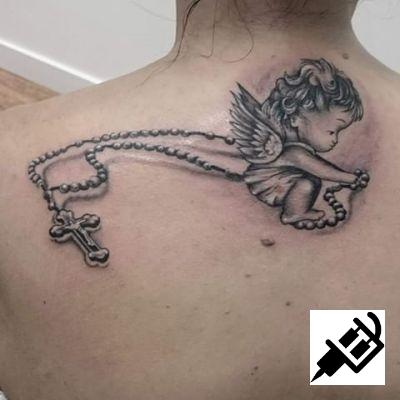 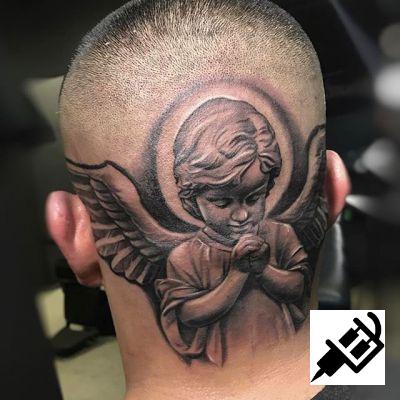 If you want to express your spiritual beliefs intensely, you can consider getting an angel tattoo holding a sword or a dagger. This design can also express your rebellious nature, however, the sword design can be a good companion to fallen angels. Angel images express our spirituality and morality. In a sense, they are a way of processing our environment and understanding the cycle of life. Angels represent:

In black ink and very realistic style are the predominant large angel face tattoos. The artists usually play a lot with the shadows around the designs. The areas of the body where we can find more large tattoos of angels are, as usually, the back, chest or shoulder. A large tattoo, depending on the area and the time of year in which we are, can be easy to hide, but remember that, unfortunately, today there are still many taboos about people with tattoos, so it can influence when it comes to finding a job. 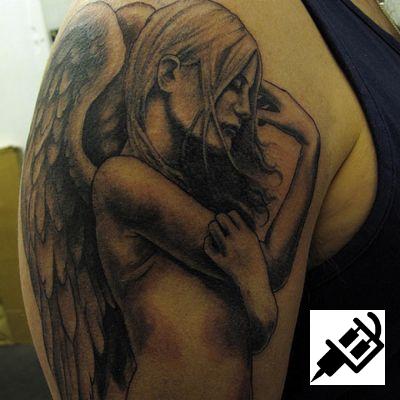 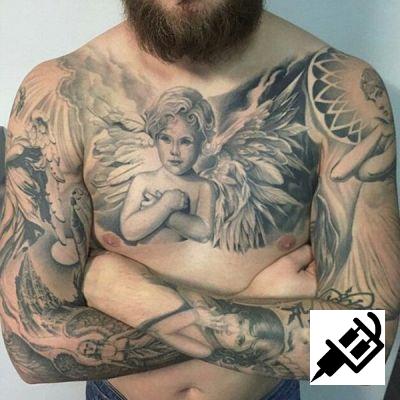 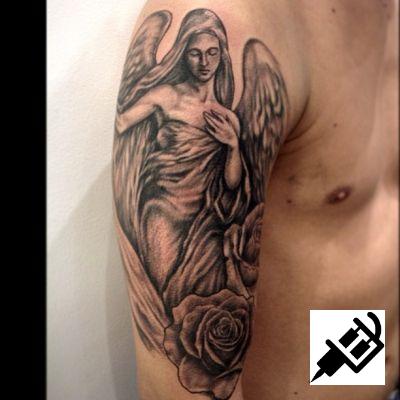 The back of the neck, the inner arm or even abovethe elbow or ankle, are the most common areas where we can find small tattoos of angel faces. They are usually very fine and delicate, so their design is a little more minimalist than in the case of large angel face tattoos, although this does not mean that they lose meaning. Small tattoos tend to be more discreet and easier to hide, which is why many people who decide to get an angel face tattoo choose a small one. 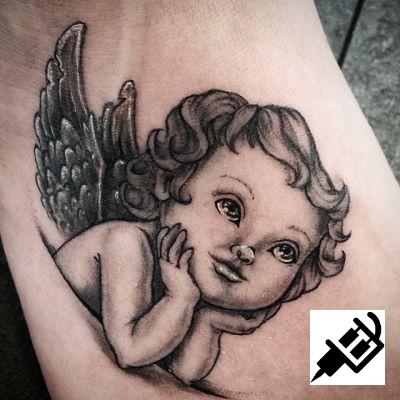 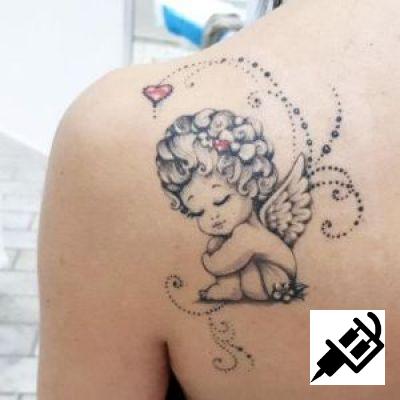 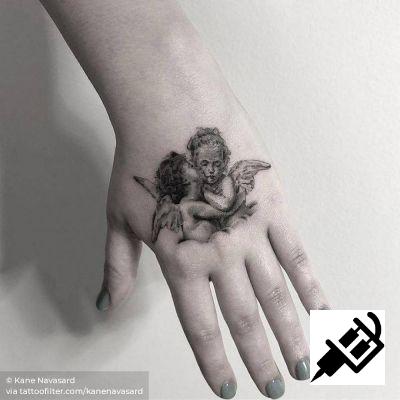