There are many people who decide to get tattoos of mystical symbols related to the world of magic, such as witches. Witch tattoos can have many meanings, especially depending on the person. There are many different designs to decide on a witch tattoo. From the most classic witches to others that are fun, sexy or even mystical. Some people also choose to get tattoos with symbols that are related to the mysterious world of witches, with beaked hats or brooms.

The Most Popular Witch Tattoos

Witch tattoos are generally a feminine symbol and are very common among people who look beyond origins and history and associate them with their own personal meaning. Normally, witchcraft creates in people's minds a sense of mystery and fear, but also curiosity to know what they symbolize and why some people decide to get permanent witch tattoos. Witches have been around for thousands of years and it is said that they first appeared in the city of Rome through magic potions and spells in order to do evil among its inhabitants, so they were persecuted and burned. In addition, it was believed that they made pacts with the devil to attack society and governments. Even so, some people believe that witches still exist and that they continue to do their practices in secret among us. Witches are known to cast spells with rather strange ingredients. They are believed to do magic and can enchant people with their spells. 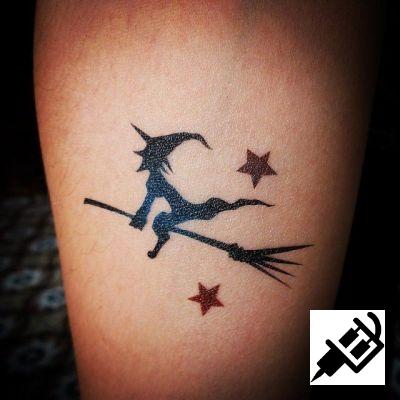 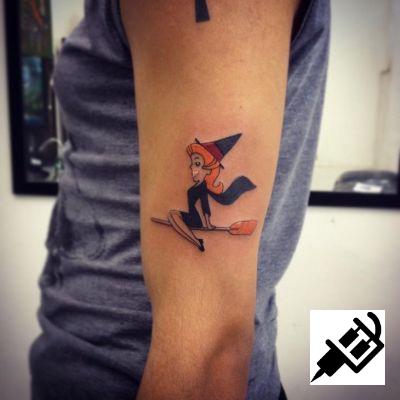 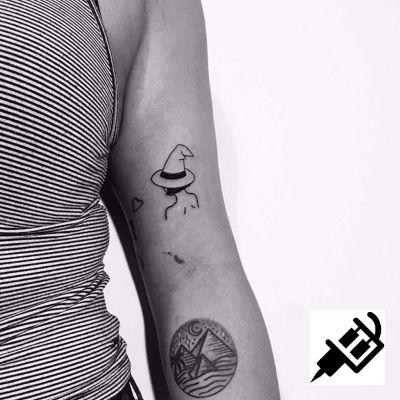 Meanings and Symbolism of Witch Tattoos

If you take a journey into the history of witches, you can go way back in time. Healers already existed centuries ago, those women who were skilled with plants and had remedies to heal others were wrapped in a halo of magic that was not such. The figure of the witches was passing through the centuries, with times when it was believed that they were among us. We all remember the story of the Salem witches. Be that as it may, the figure of witches is undeniably linked to mysticism, magic, shadows and also to wisdom. All these facets of witches are very attractive, that's why they are a symbol that many people choose to represent them. It is a way to approach the world of magic but also of wisdom. It should not be forgotten that the first supposed witches were healers or healers. 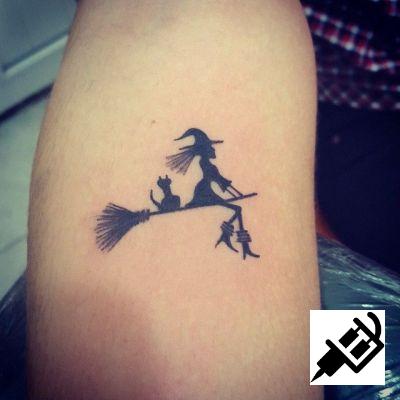 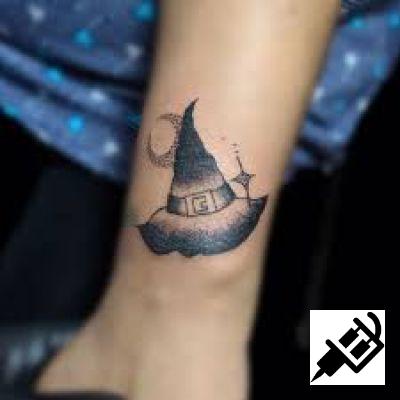 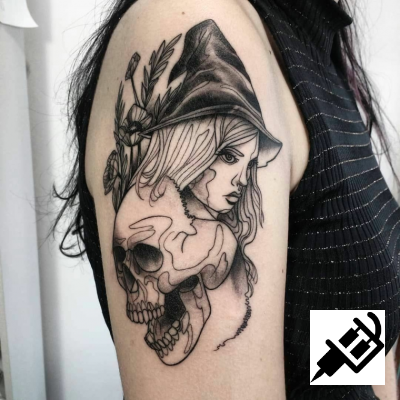 They are large and in black ink, although it is not very common to find tattoos of witches among men there are always those who choose to get one of these, either for something purely aesthetic or for some of the meanings of the tattoos of witches. 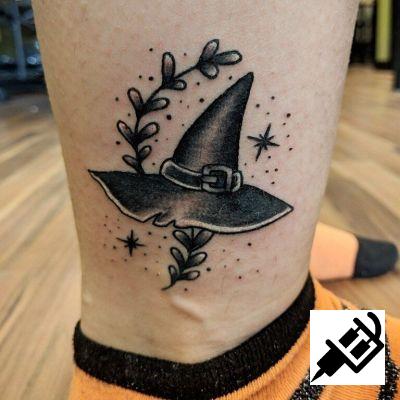 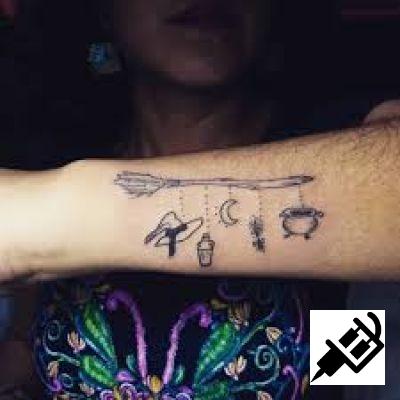 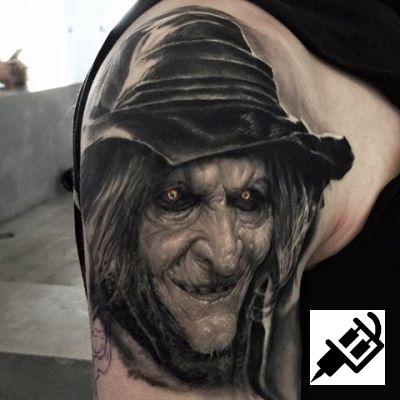 In the case of women, if it is more common to find witch tattoos. These are more varied, they can be, from the profile of a witch on her broom, to the hat. The colors are also varied but predominantly dark colors or black. 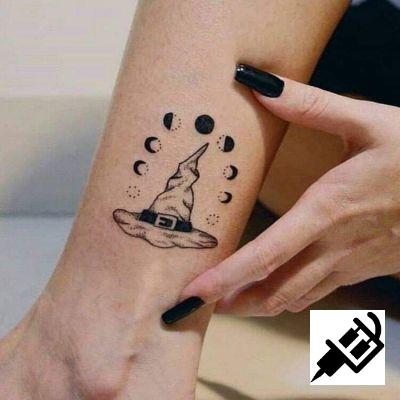 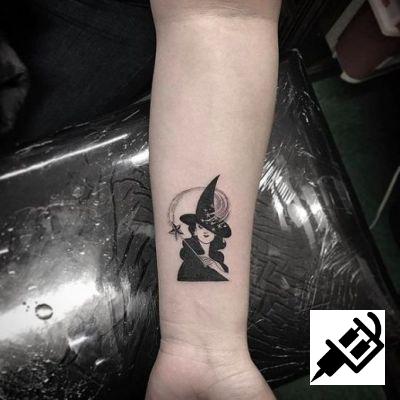 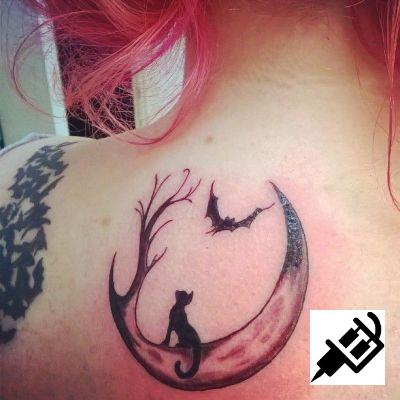 There are many small tattoos of witches and minimalist style, we can find them in many parts of the body, but mainly on the arm, either on the shoulder or just above the elbow. 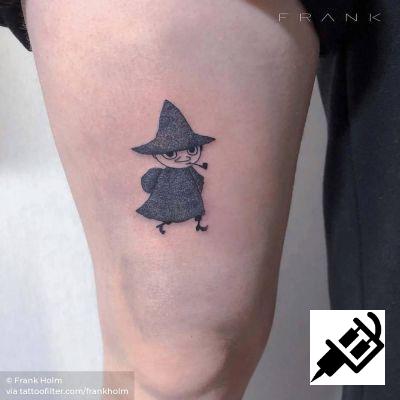 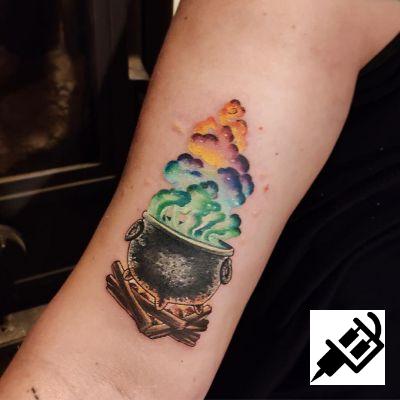 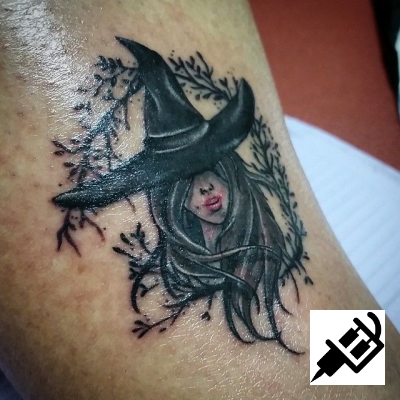 It is more complicated to find large witch tattoos , although, as always, we can find some. Normally, these tattoos have a multitude of details. They can be found on the side, shoulder or leg. 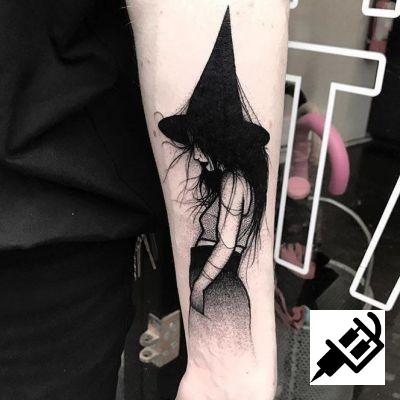 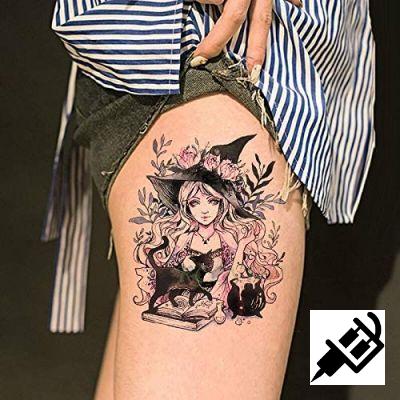 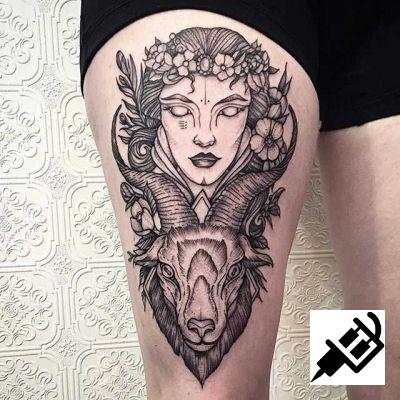 We can find them in different areas, but mainly, we find them on the arms or legs.

Witch Tattoos on the Arm

Depending on the area of the arm where we want it, it may be more or less large. The shoulder, for example, is a wide area that allows the tattoos to be large, on the other hand, the wrist or the inner side of the arm, are narrower, so the tattoos have to be smaller and minimalist. 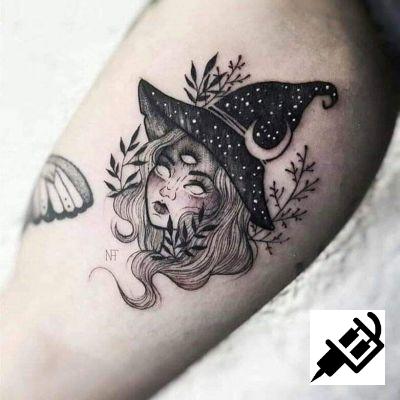 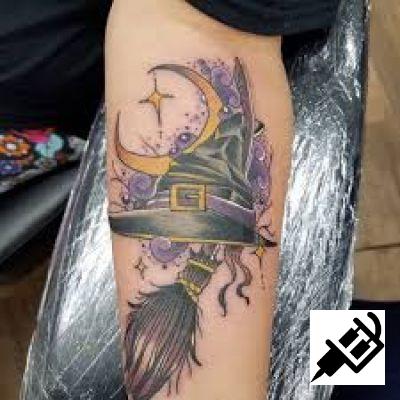 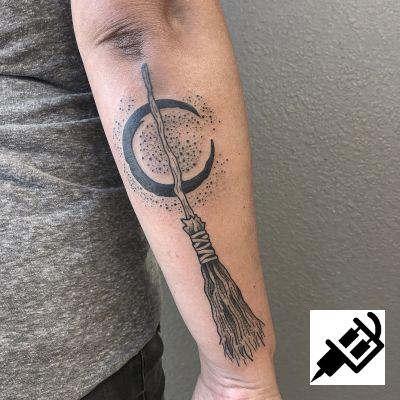 Witch Tattoos on the leg

Generally, they are larger than on the arm, so the tattoos tend to have more details. An exception we can find are the tattoos on the ankle, which are smaller because it is a small area and where it is more complicated to capture tattoos. 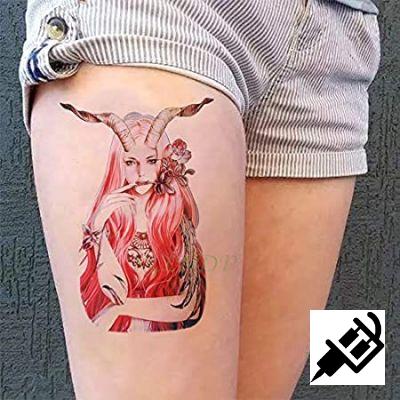 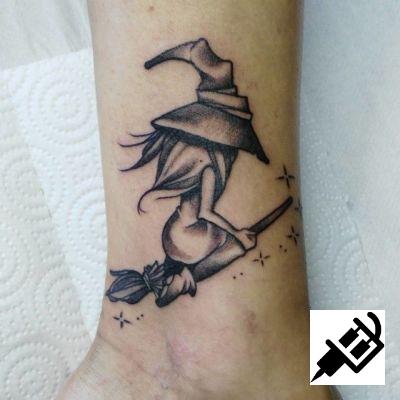 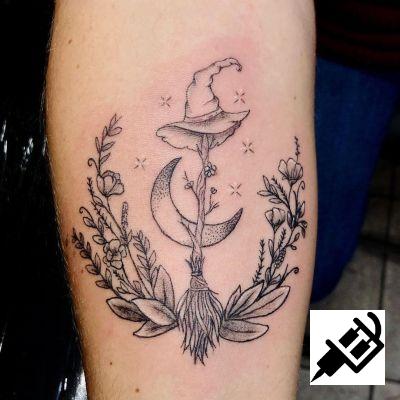