If we talk about iconic cartoon and TV characters, we can't fail to mention Popeye, a unique and funny sailor who attracted a lot of attention for his idyllic romance with Olivia, for his eternal rivalry with Bluto and for the superhuman strength he acquired every time he ate spinach. He also stood out for his strange voice, peculiar laugh, muscles and tattooed forearms, his sailor suit and blue left eye. These unusual characteristics in a comic strip and cartoon character is what, surely, has led more than one to want to get Popeye tattoos.

Meanings and Symbolism of Popeye Tattoos

Nowadays, Popeye tattoos help us recreate that part of our childhood that we thought we had forgotten, but that meant so much to us. Don't you remember the times you came home from school straight to the TV to enjoy your favorite cartoons? For many, the tattoos of this character remind us of the fantastic adventures of a peerless sailor capable of doing anything to rescue his beloved Olivia from the clutches of the ruthless Bluto, no matter if he has to increase his strength to give him what he deserves. Popeye is brave and fearless in the face of situations. While spinach helps him to have a superhuman strength and to be much stronger than Bluto, there is also the fact that he always faces adversity without an ounce of spinach in the beginning. Popeye is also a free being, a sailor who can sail the seven seas with all the possibilities and without closed doors; however, we are talking about a person who just by eating spinach becomes at first sight the strongest man in the world, and we have to admit it, we all wanted to be Popeye sometime in our lives. 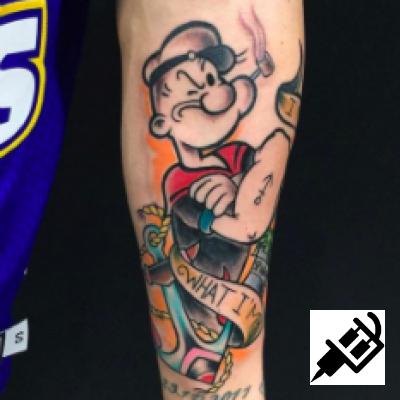 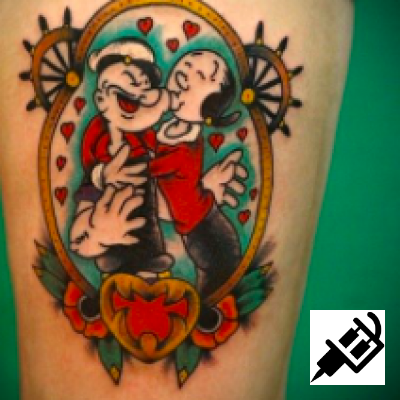 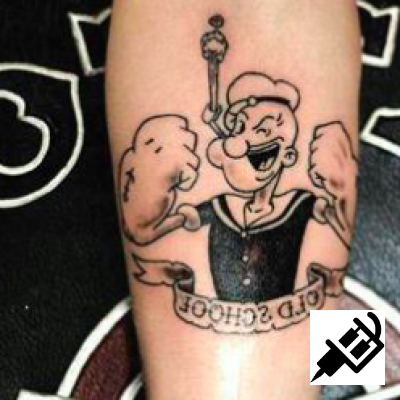 While it is true that there are no tattoos only for men or only for women, in the case of Popeye tattoos, they are very popular among men. They are usually placed on the arms, chest or legs. The designs can be either in color or black and white, even, sometimes, we can find tattoos in black and red ink to make the tattoo stand out more. 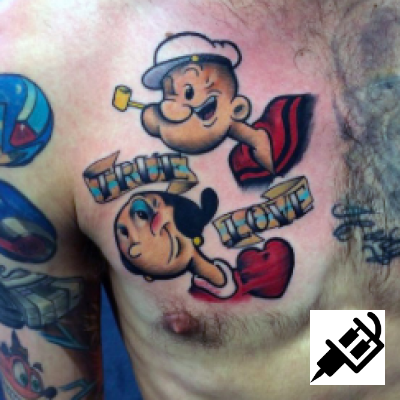 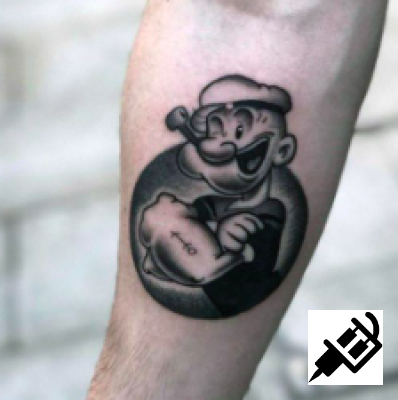 It is not common to find Popeye tattoos among women, but if we can see Olivia tattoos and that complement another in which Popeye comes out but it takes your partner. In this case if the tattoos have more colors, but are smaller in size so that it is more discreet. 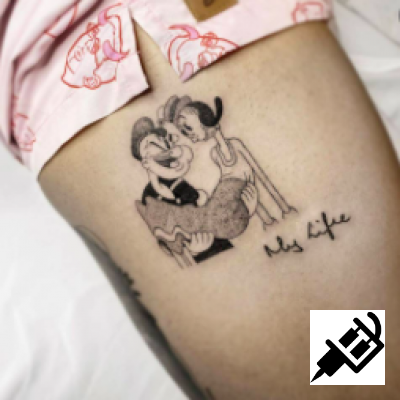 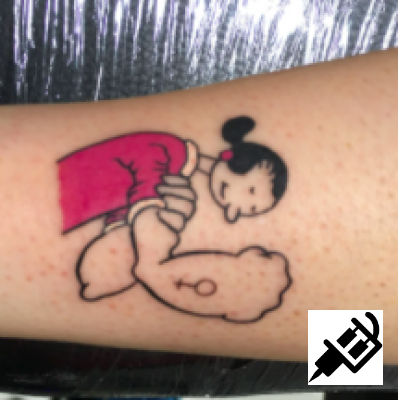 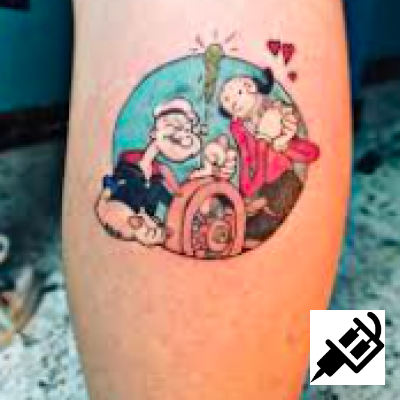 In black ink and in which only appears the face of Popeye, are the most popular types of tattoos among small size. This type of tattoo can be found on the neck, behind the ear, on the wrist and on the leg. 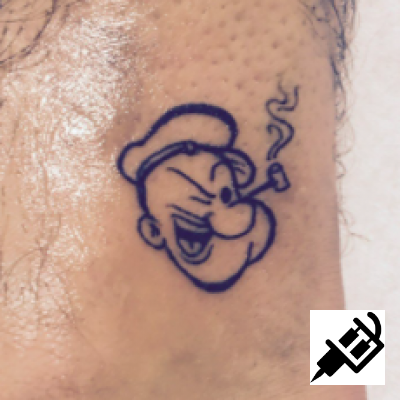 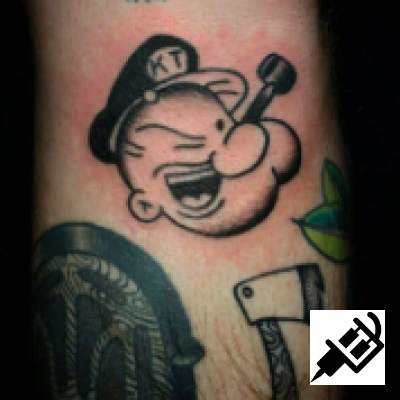 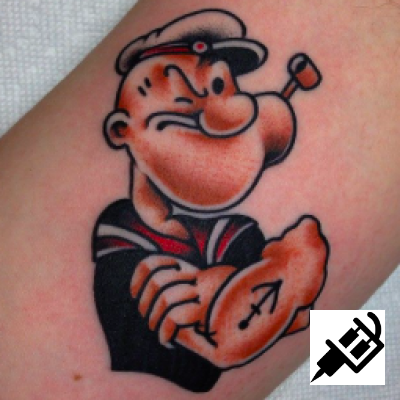 On the arms, both on the shoulders and on the forearm or on the back, where, on many occasions, it occupies the entire back. On the chest we can also find many large Popeye tattoos as it is a large area of the body where it is very easy to capture tattoos with details and the size you want. 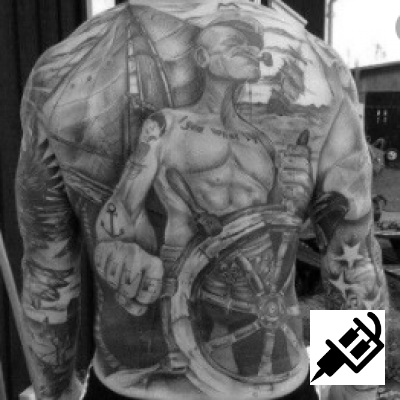 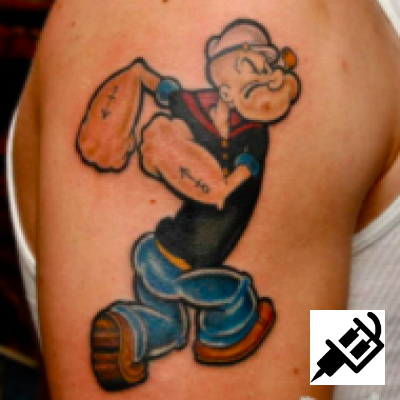 As we have said, the parts of the body where most of the Popeye tattoos are captured are the arms, back, legs or back because they are surfaces that allow much freedom of movement for the tattoo artist and, being large, the designs can be more different.

Popeye Tattoos on the Arm

It is the part of the body where more tattoos are captured. We find them on the shoulders which is the most visible and largest part and on the forearm where, on many occasions, we find designs in which popeye extends one of the arms and reaches up to the hand. In the case of the wrist, as we have said, the tattoo is smaller because the available space is smaller. 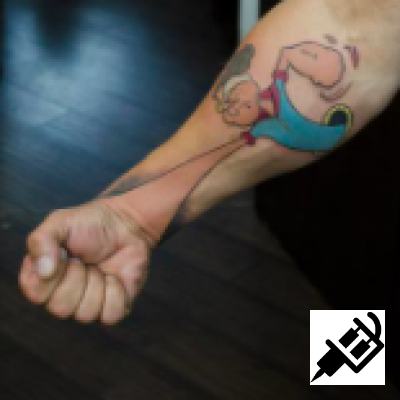 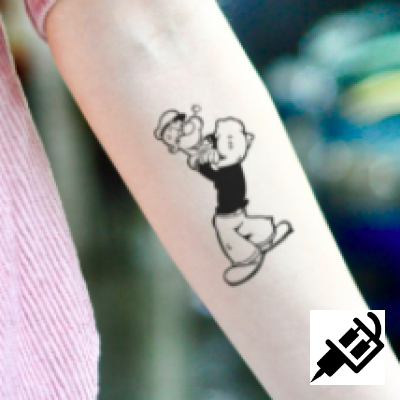 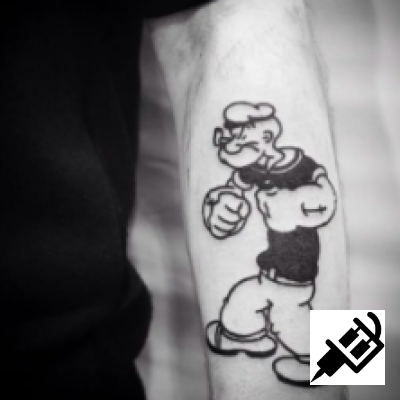 Men are the ones who get more tattoos on the chest because the surface is comfortable for the tattoo artist and, especially in summer, it is very visible. 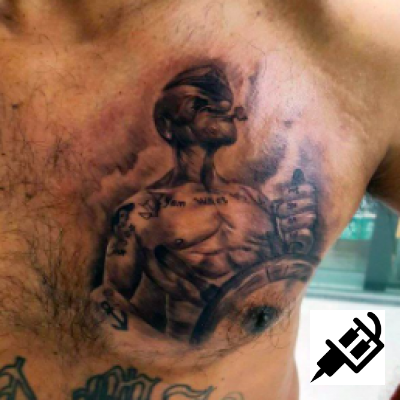 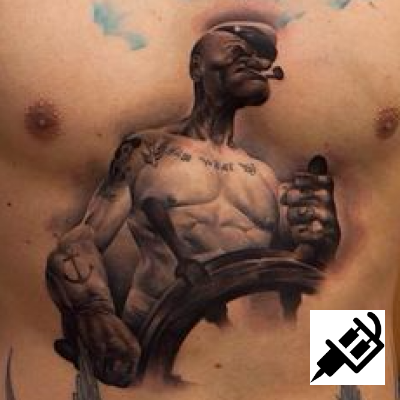 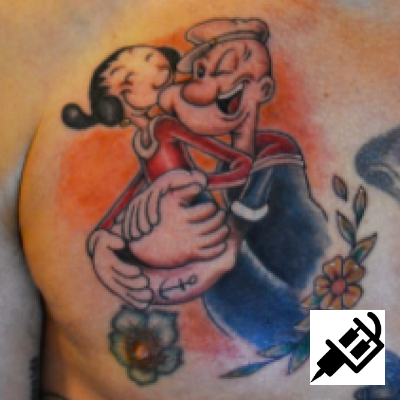 Popeye Tattoos on the Back

Here, the tattoos are large and are located both in the upper back, near the shoulders, and occupying the entire back, often simulating scenes from the cartoon. 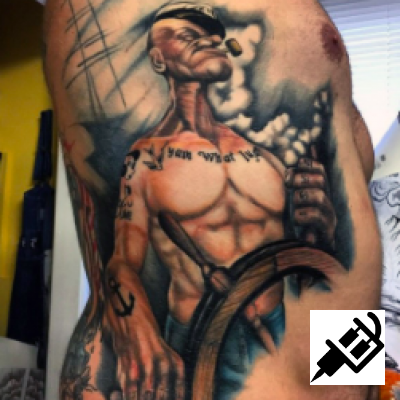 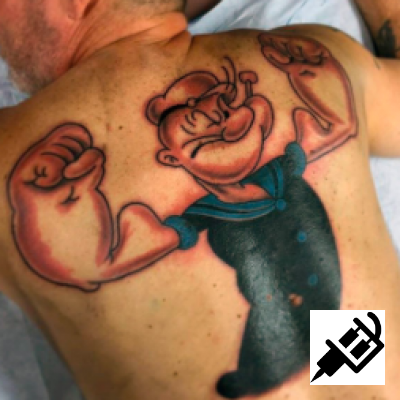 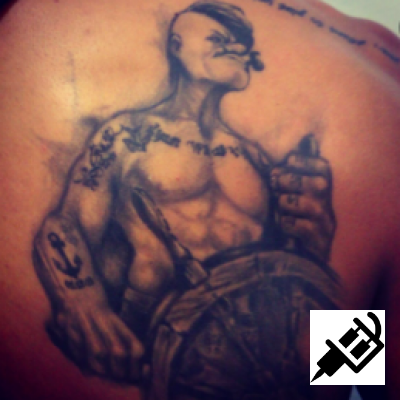