20 Mayan Tattoos and their Meanings

It is believed that the Mayan culture emerged approximately 2000 B.C., and already at that time, this civilization included tattoos among its members. The Mayans tattooed their skin for different purposes. Nowadays, there are many people who want to get a tattoo with a meaning of this tribe.Mayan tattoos offer a wide range of designs and representations. There are many reasons why the Mayas used to get tattoos, since Mayan tattoos offer a lot of meanings. They would carve warriors and gods into their skin in an attempt to protect themselves, they also used these designs to differentiate themselves from an enemy from another tribe with tattoos on the face that served to diversify ethnicities and identify themselves.

If you feel connected to the Mayan culture, either by affinity or descent, you have a lot of options to choose from for your tattoo. Here are some of the most popular ones.

Symbolisms and meanings of Mayan Tattoos

Mayan art symbols are some of the oldest and their culture is famous for its exceptional creativity. Even today, people feel connected to motifs apparent in Mayan culture, making Mayan tattoo designs a popular choice among tattoo enthusiasts. Here are just a few of the most popular symbols for the Mayans and their unique meanings: the Bat is known in their language as the "zots", and was considered the guardian of the Mayan underworld. As a tattoo design, it represents the light and dark qualities of humanity. The Mayan Calendar called 'tzolk'in', was 260 days long and is a unique creation of the Mayans, a symbol of their innovations as a prehistoric culture. The tattoos of these special calendars are a tribute to the Mayan culture. 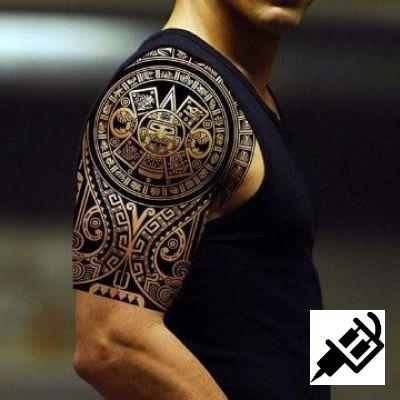 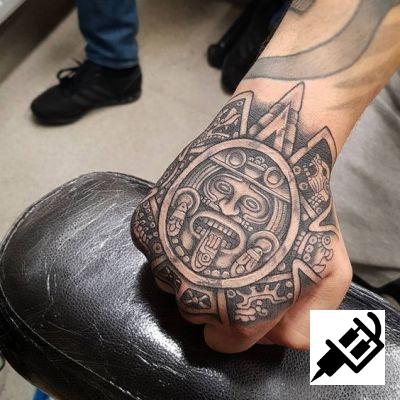 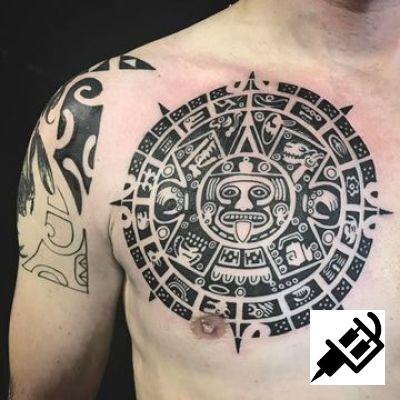 We find them on the shoulder, hand or chest, that is, very visible areas. Designs in black ink and large size predominate, as they require a great amount of detail. Men are the ones who usually get Mayan tattoos. 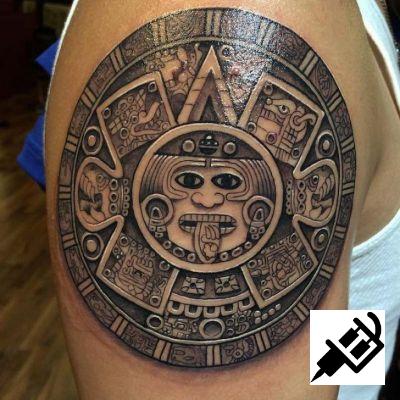 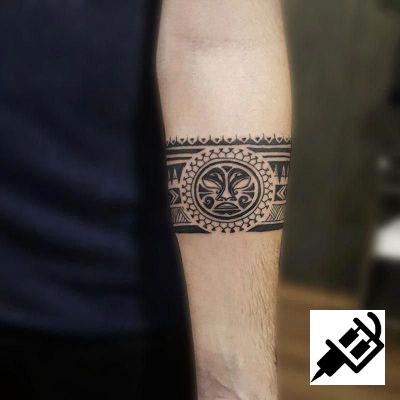 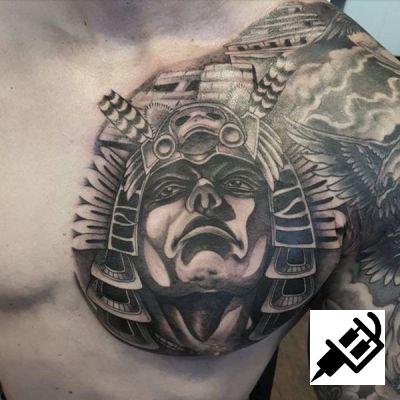 It is difficult to find this type of tattoos among women, as they tend to opt for small designs and Mayan tattoos have to be medium or large because otherwise the details are not well captured. They can be found on the back. 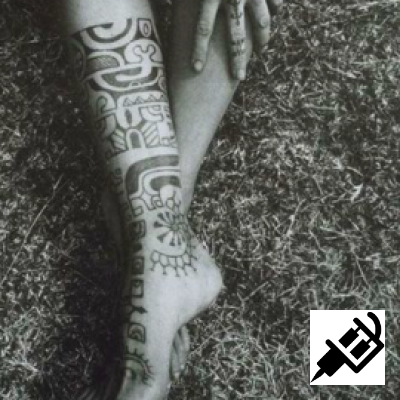 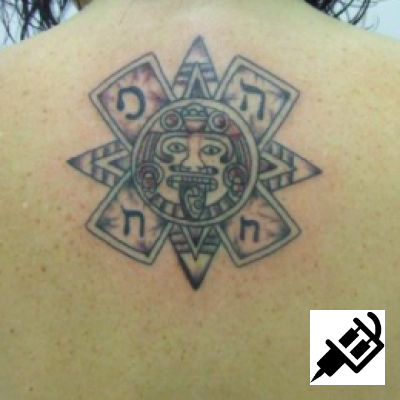 As we have said, Mayan tattoos are not usually small in size due to the amount of detail that they require. In fact, we recommend that if you want to get a tattoo with a Mayan design, you should get a large or medium size tattoo, as this way you will ensure a good result once it is inked.

Perfect for highlighting all the details, they are usually placed on the back, shoulder, chest or leg. 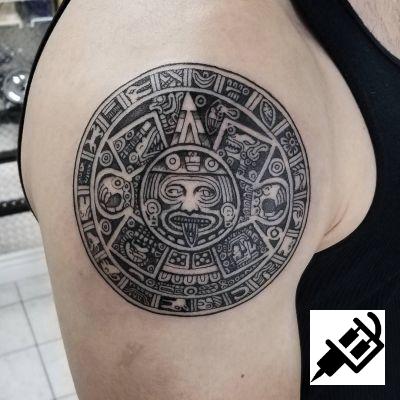 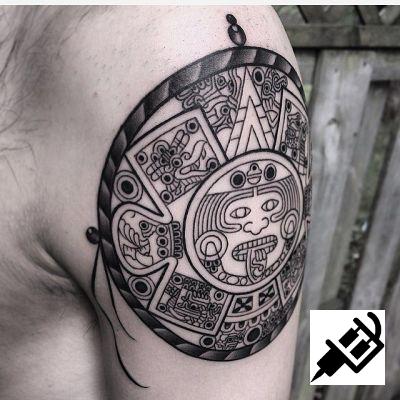 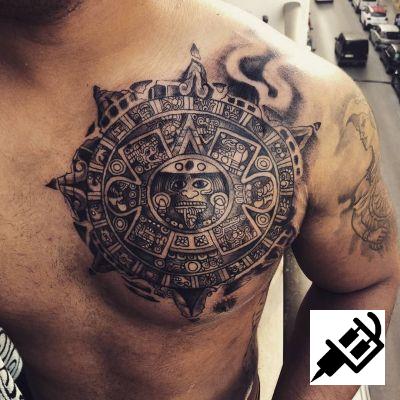 During the article, we have been mentioning the main parts of the body where Mayan tattoos are placed, that is, the back, the shoulder, the hand, the leg or the chest.

Mayan Tattoos on the Arm

Both the forearm and the shoulder are ideal for large tattoos, so Mayan tattoos look very good. They can be applied in a specific area, or as a sleeve, that is, from the wrist to the elbow or from the shoulder to the elbow. In cases a little more extreme, we can even find them that occupy the whole arm. 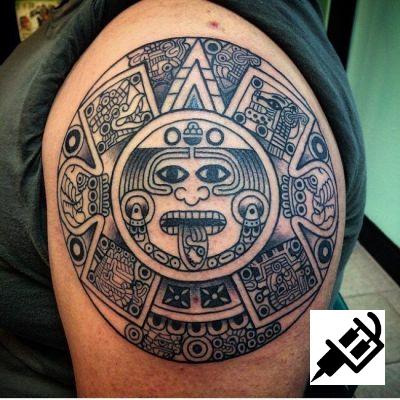 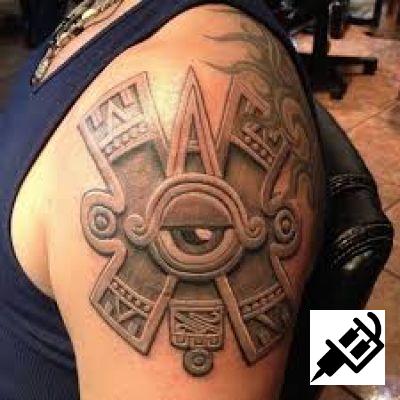 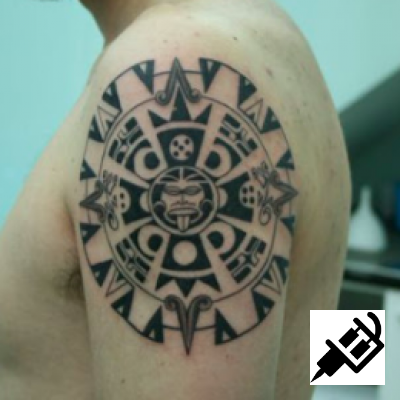 Mayan Tattoos on the Hand

They are very spectacular and, without a doubt, very visible all year round. They can be of many different types and sometimes those who get Mayan tattoos on the hand, choose to extend them on their fingers as well. 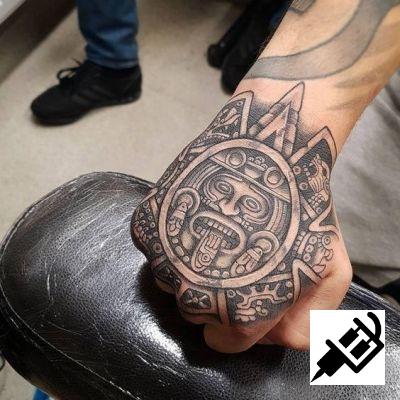 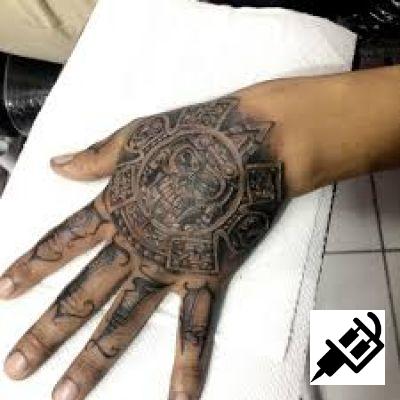 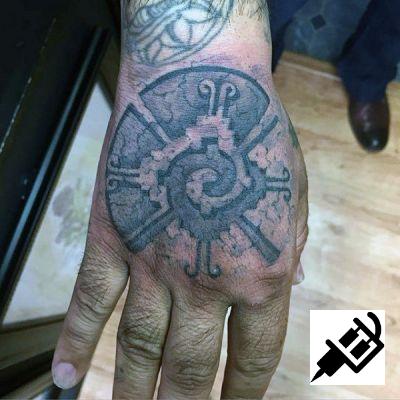 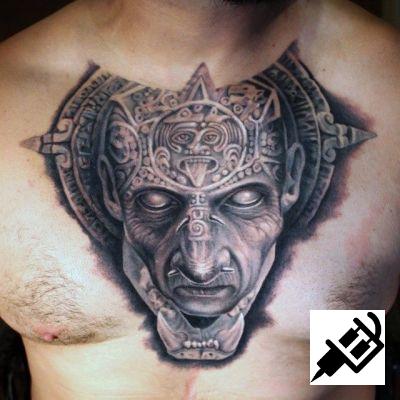 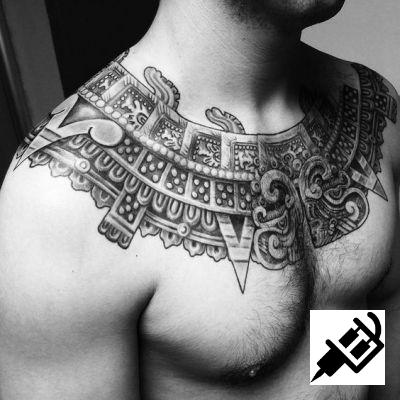