According to legends or conspiracy theories, this type of legions are considered the true rulers or governors of humanity and unlike how they are shown publicly, their rules are governed by righteousness, brotherhood between man and the separation of man and God to be a free entity. It is unknown if this can be totally true, but the amount of people who believe and choose their symbols as their next tattoos is increasing every day. Those who choose this type of tattoos take into consideration the symbolism of each design.

Masonic tattoos are not just anything, although some people use them for fashion, it is important to respect them because there are people who believe in them and worship them. So first of all, take into account this little tip and consider if you can wear this tattoo seriously. This type of tattoos is recommended to be used on the arm, since it is more visible and such designs can take up little space. If you are going to use masonic tattoos, which include the eye, you can easily wear them on the neck, shoulders or legs. 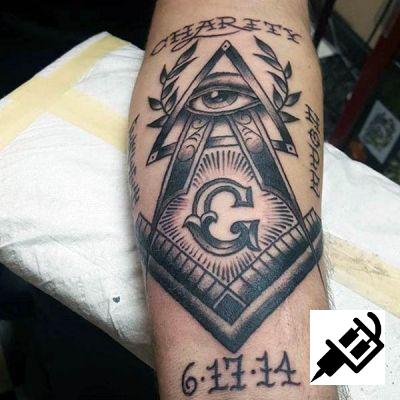 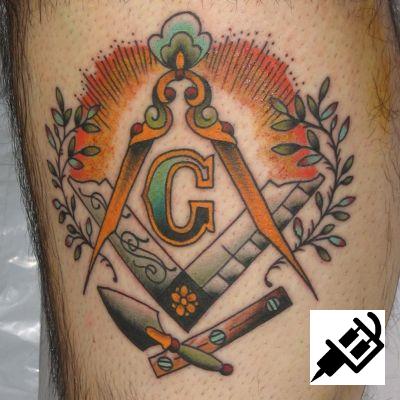 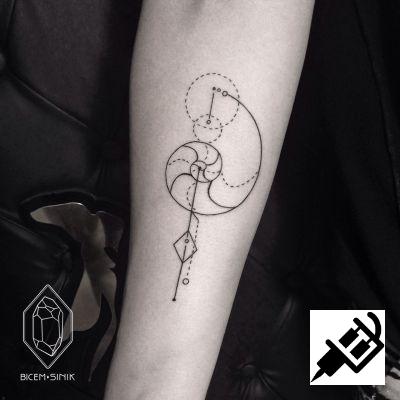 Meanings and Symbolism of Masonic Tattoos

Freemasonry has as its main meaning the square and compass, the most famous and recognized meaning being added to the letter G, a symbol associated with men highly qualified to rule man neutrally and in favor of man. Taken together, it signifies that the free man may be the master of the world, but that he possesses and respects his own limits. We also have the best known of all: the triangle or pyramid with the eye in the center, a symbol associated with the Illuminati, the most recognized and most controlling world legion in the world. It symbolizes the brotherhood of the Great Architect of the Universe and the eye represents wisdom, spiritual enlightenment and knowledge. Another symbolism associated with the G in the center is the one added to the compass and the square, in twelve is attributed the meaning of the man capable of limiting himself.

They are tattoos that are mostly in black ink and with many details, in addition, the tattoos are large in size. All this makes them to be preferred by men and not by women. The areas where they are placed are the shoulders, back or calf, which are very visible for much of the year. 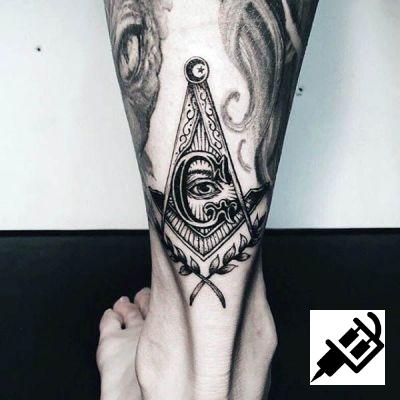 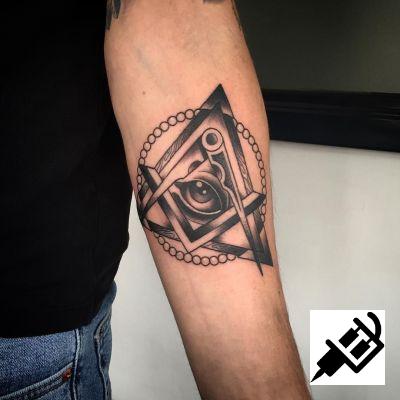 As we have said, Masonic tattoos are not very popular among women, as they are a type of tattoos that are not very feminine, so it does not invite women to get a tattoo of this type. 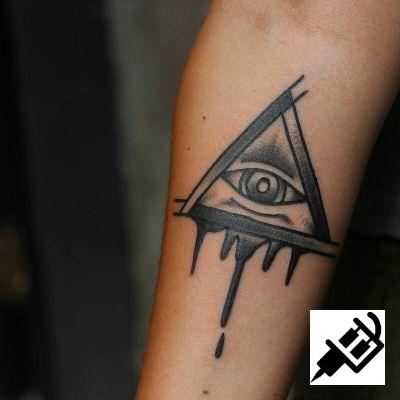 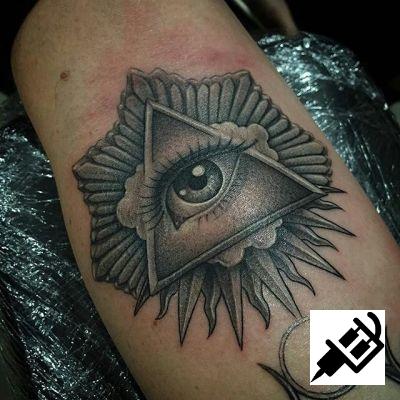 It is not normal to find small Masonic tattoos, as they need a lot of details to look good. 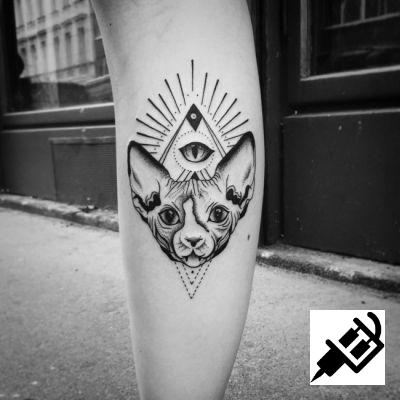 Large Masonic tattoos are found on the leg, shoulder, forearm, chest or back. Normally they are only painted with black ink, but it is also common to find them with many colors that stand out when combined with each other. 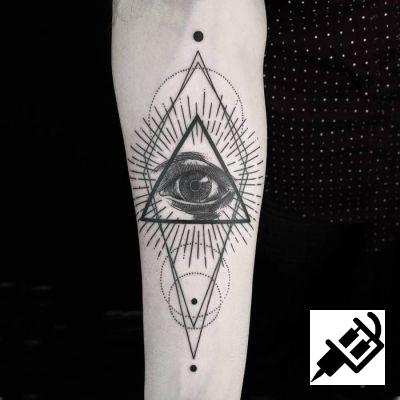 As we have said, Masonic tattoos are found in wide areas that have a lot of space for tattooing. These are the forearm, shoulder, back or leg.

Masonic Tattoos on the Arm

Doing the sleeve effect, they usually go from the wrist to the elbow or shoulder covering as much space as possible. Other times, they are only found on the shoulder and also look great.

Masonic Tattoos on the Leg

Especially on the calf, it is very visible and, as with the arms, usually occupies the entire area below the knee or up to the thigh.

Masonic Tattoos on the Back

Occupying a large part of the back or the entire back, they are more difficult to see but even so we can find many examples.