You don't have to travel to the bottom of the sea to have your own coral reef. There is a way to have it permanently without it dying, and that is through a tattoo. If you've always been a scuba diving enthusiast and are fascinated by the majesty of the coral reefs that make the bottom of the sea an amazing place. If you love marine designs but are bored with fish and creatures, a good option is to get a colorful coral reef tattoo on your arm or any body part of your choice. You will impress your tattoo friends.

Coral reefs are underwater limestone formations inhabited by corals as well as other marine species such as starfish and small fish. They occupy a large part of the oceans and are the ecosystem of several species. Unfortunately, they are being affected by climate change, fishing and agricultural exploitation. A tattooed coral reef can speak of a person who is a supporter of peace, nature conservation and the environment. Remember that coral reefs are among the most protected ecosystems in the world and have a very high value. The reefs also protect the mangroves from strong waves. Therefore, they can also be a symbol of protection and loyalty to the people most dear to you. Coral reefs are the refuge of a great diversity of marine life, which symbolizes solidarity and generosity with any person. Nowadays, there are coral reefs in all warm water seas and they are a great help for the preservation of life for both animal and plant life. 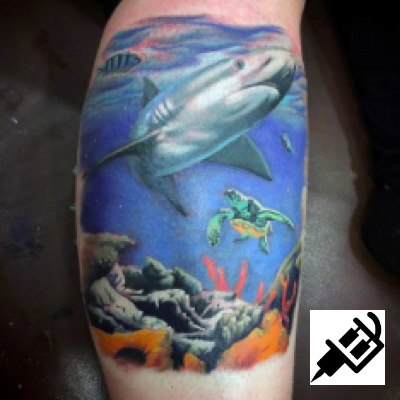 Normally, men are the ones who usually get sea coral tattoos, because not only do they tattoo the coral, but they accompany it with other drawings to complete the design and make it look like a large aquarium. These tattoos are full of colors so they are very colorful.

As we have said, these tattoos usually project the seabed so the tattoos have to be very large, and in general, women opt for small and minimalist tattoos. 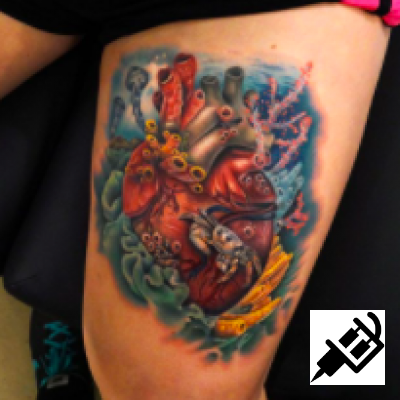 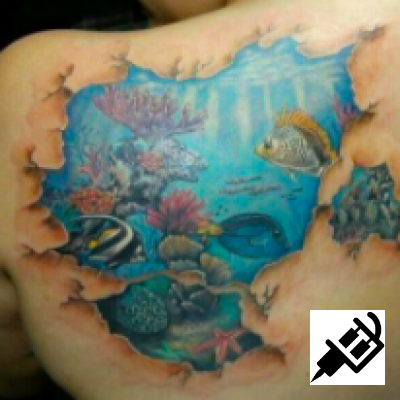 As they are large tattoos, they cannot be applied in all areas, since the wrists, ankles or the inner side of the arm are small areas that do not allow much freedom when it comes to applying a tattoo.

Sea Coral Tattoos on the leg

The calf is a very visible area and it also allows for tattoos of considerable size. Other times, sea coral tattoos on the leg go from the ankle to the thighs, thus occupying the whole leg. 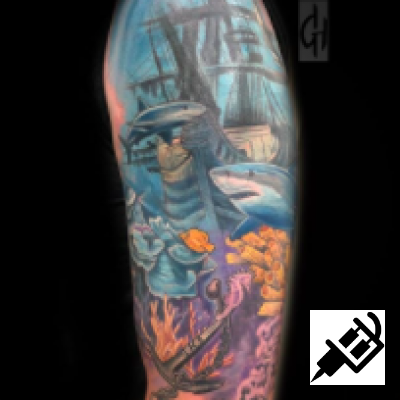 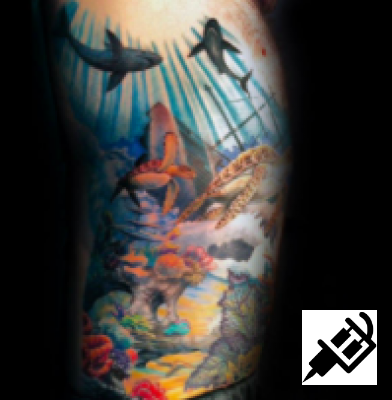 Sea Coral Tattoos on the Arm

They extend from the shoulder to the elbows and sometimes up to the wrist creating the sleeve effect. As in the case of the legs, the designs are very large with lots of details and with blue as the main color. 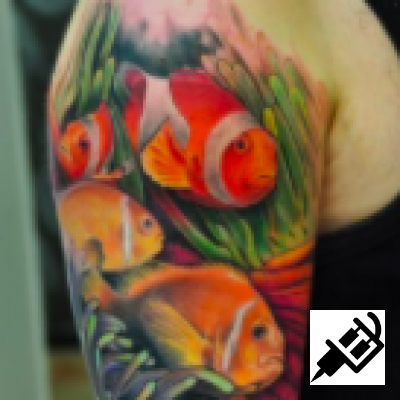