20 best pirate tattoos and their meanings

Tattoos, unlike other arts on the skin such as piercings, have a huge variety of designs and shapes, so that many people can find a design that is to their complete liking, as it will be a mark that will accompany them for the rest of their lives. Pirates are subjects that are in charge of plundering and stealing ships, and their origin is as old as the origin of ships and navigations through the vast seas and oceans. Over the years, pirates have been the protagonists of multiple literary works, small screen series and, of course, movies on the big screen, so it has made the use of these tattoos is very popular among people.

Pirate face tattoos have a lot of meanings, from some quite positive and interesting, to dark and evil meanings. Their most common meanings are:

Predominantly black ink and with many details, other times, they are accompanied with some red ink to highlight some of the details. The most popular are those of the characters of the Pirates of the Caribbean saga and, especially, those of the famous Jack Sparrow. 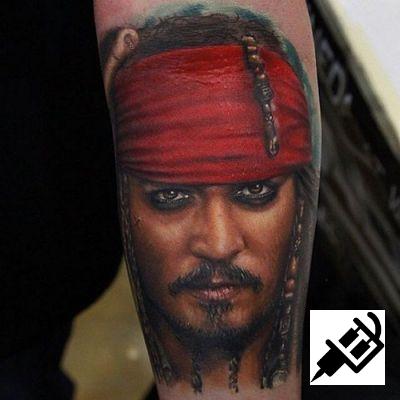 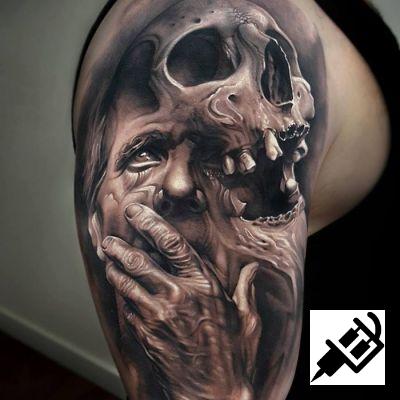 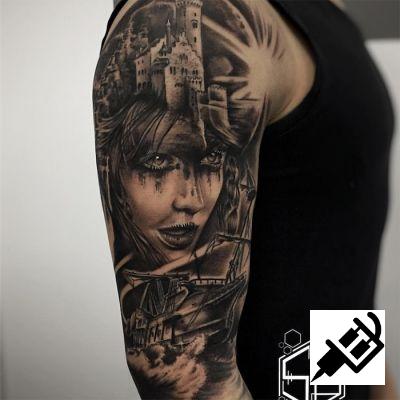 They are not very popular among women but we can always find some exceptions. They feature female pirates or skulls with hats in a more minimalist style. 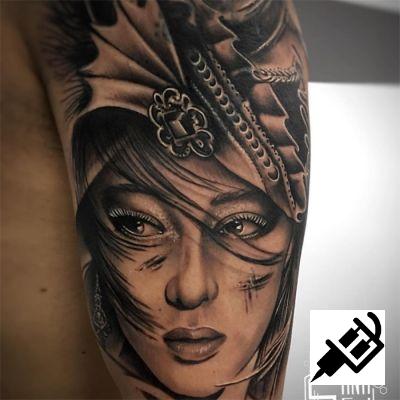 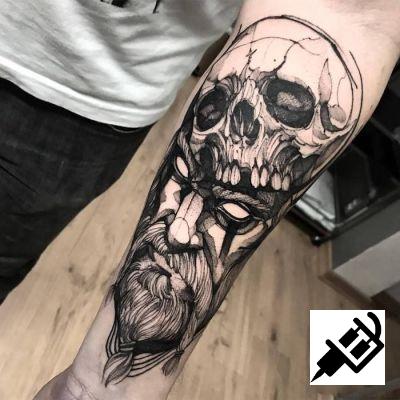 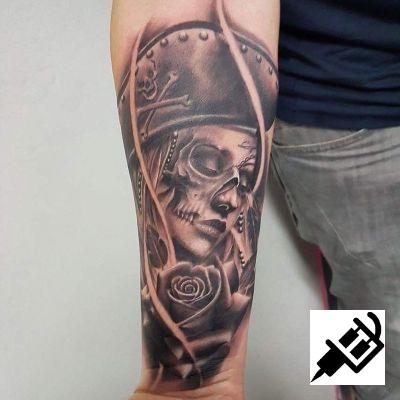 We can find them on the chest, back or arms. The most predominant option is the face of the famous Captain Jack Sparrow, the main character of the Disney movie series. Other characters from this saga are also common among the pirate face tattoos, but without such prominence. The big pirate tattoos have a lot of details, and they are usually in black ink. 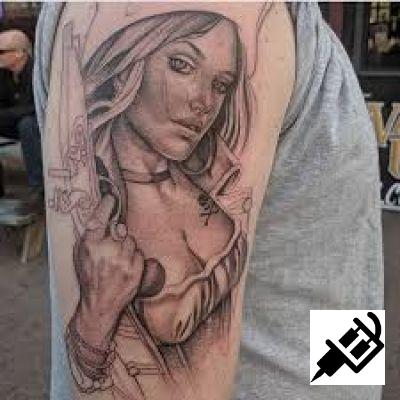 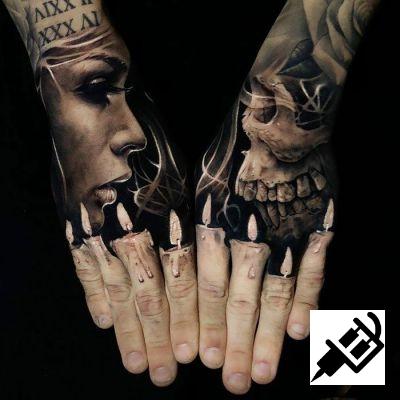 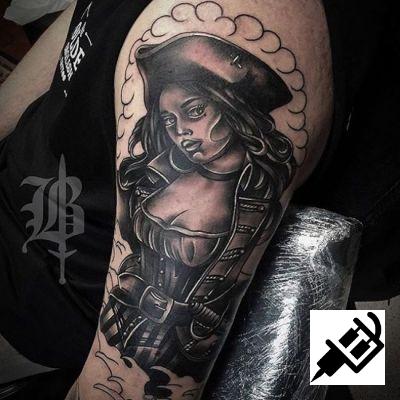 It is difficult to find small tattoos of pirate faces because those who get these tattoos, intend to make them visible so that everyone is clear about what they represent. Besides, getting small tattoos with lots of details is very complicated, so if you want a small tattoo, you will have to go to a very experienced tattoo artist. 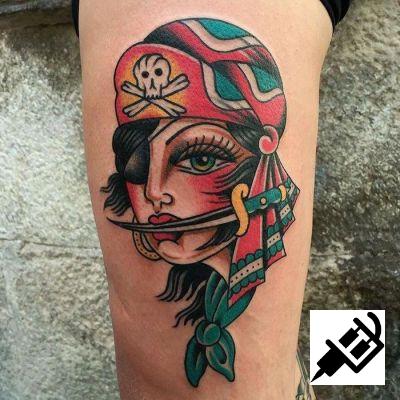 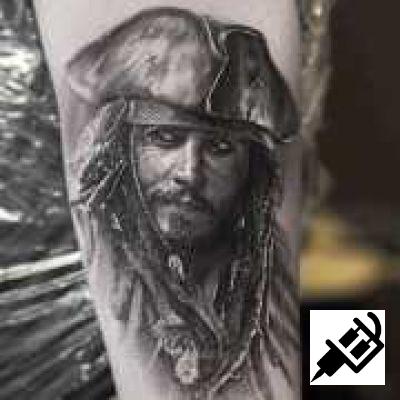 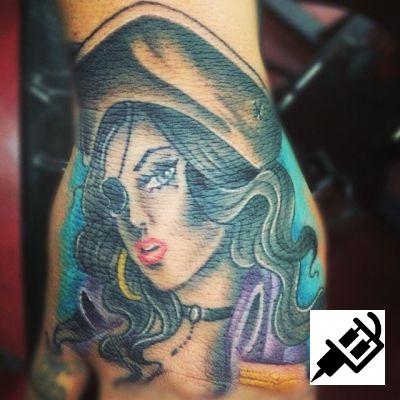 Those who get pirate tattoos want them to be visible, so tattoos on the arm, back or leg are the most common.

Pirate Tattoos on the Arm

Especially on the shoulder, as it is very visible and allows the tattoos to be large and with lots of details. 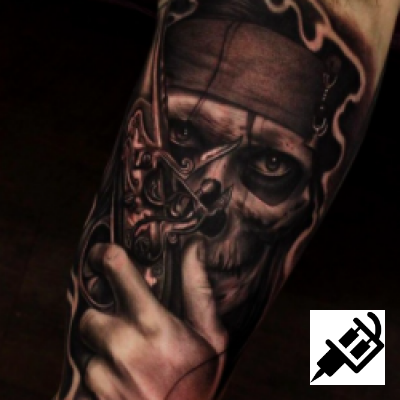 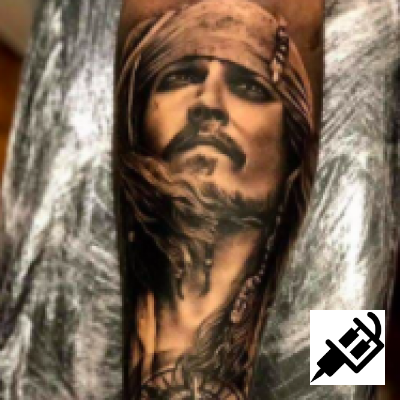 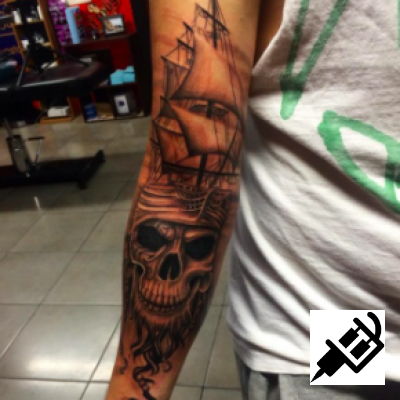 Pirate Tattoos on the Back

Although it is true that the back is not as visible as the arm, it is an area where people usually get a lot of tattoos. Being a very large area of the body, tattoos can be of any type, whether large or small, occupying the entire back or just a part of it. 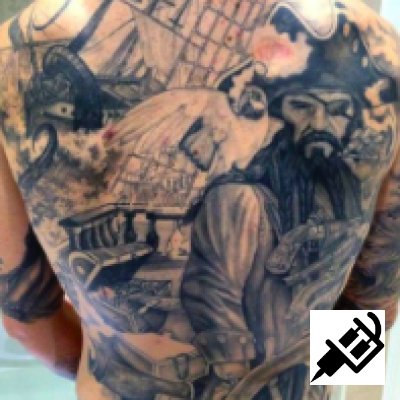 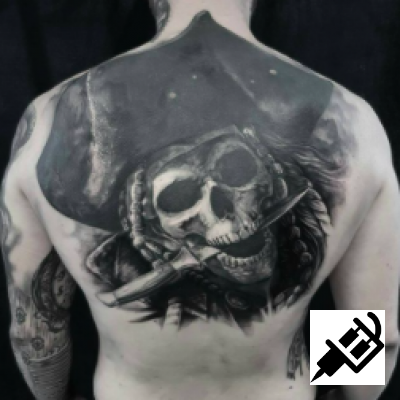 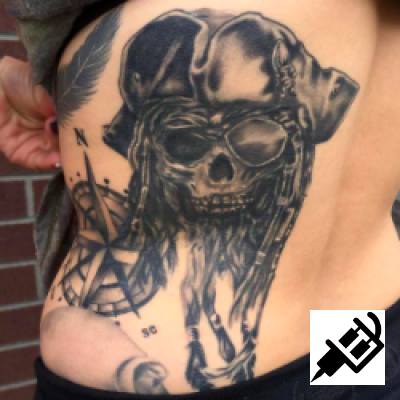 Pirate Tattoos on the Leg

On the calf, a very visible area especially when it starts to get hot. In this case men are the ones who usually opt for tattoos pirates on the leg. 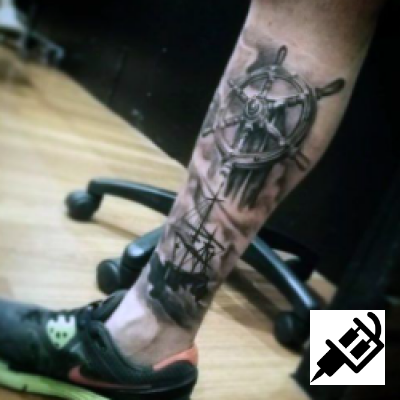 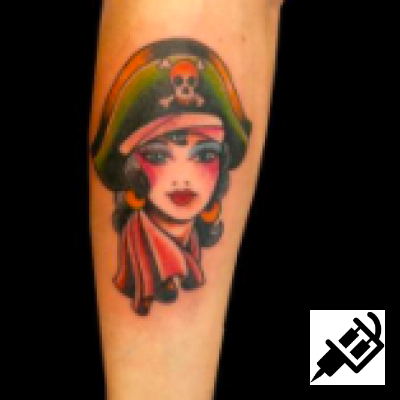 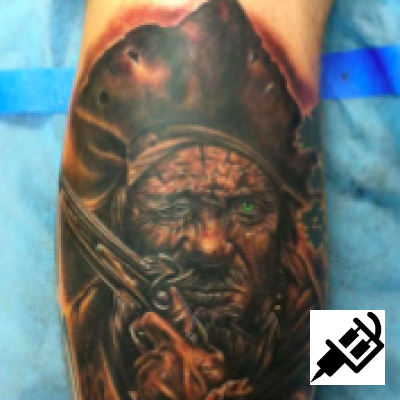