Throughout the ages of humanity and in each and every one of the multitude of cultures and civilizations that inhabit and have inhabited this planet, music has occupied a relevant place. And it is that it is one of the greatest forms of expression of human beings, since music is something that penetrates us and causes countless feelings and reactions, even having divine meanings for some religions.

Musical tattoos can be found in many and varied forms. For example, and perhaps the most common and widespread, are tattoos of musical notes. These can be fantastic additions to any body art collection. Musical notes are easily identifiable by almost anyone. They are usually representations of the so-called "clef notes", which are the first symbol that appears on the staff of a musical score and specify the pitch of the notes of the piece in question. The best known is perhaps the so-called "treble clef", whose symbol is quickly recognizable. 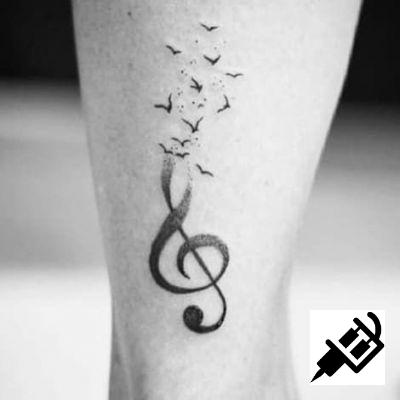 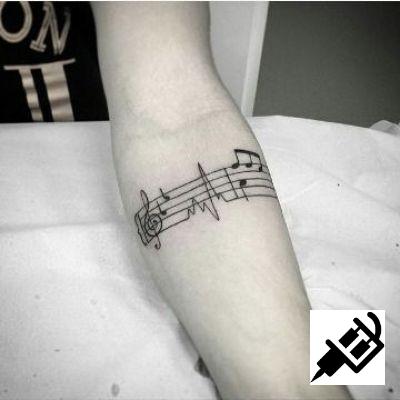 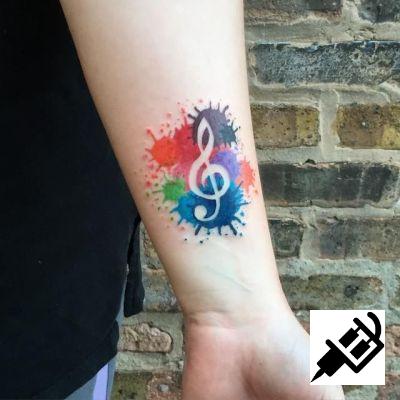 If you are one of those who besides feeling the music, you also like to play some instrument, then, musical notes tattoo is a great idea for you. Musical note tattoos can be any size you want, so if you decide to make them small you will hardly feel any pain but they will have a great meaning for you. Music note tattoos can also mean other things, depending on the circumstances you have lived through in your life that have to do with musical notes.

Normally, men prefer large tattoos with thick strokes. We can find a variety of tattoos of musical symbols for men, usually, are embodied in black ink, but sometimes, we can add colors. 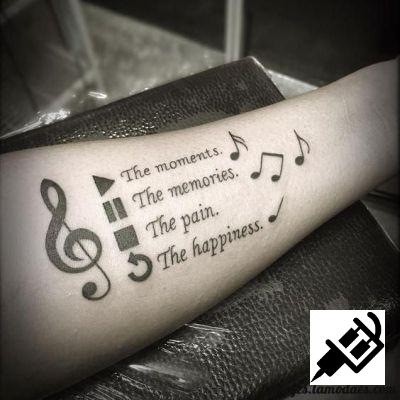 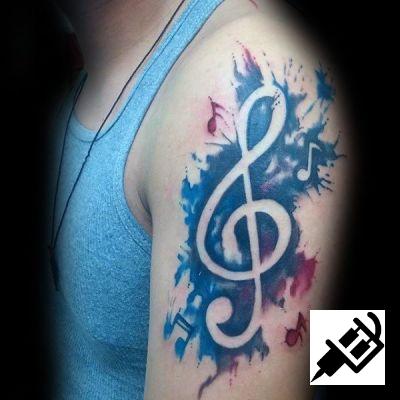 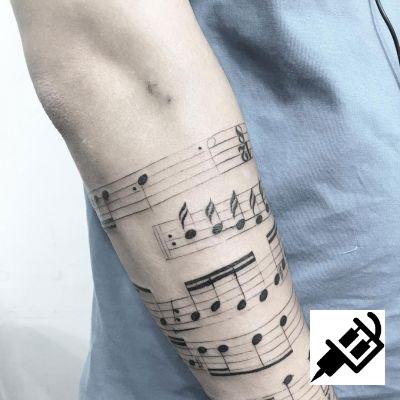 Smaller than in the case of men. Women usually opt for more discreet tattoos, the designs are similar since, of course, there are no exclusive tattoos for men or for women. 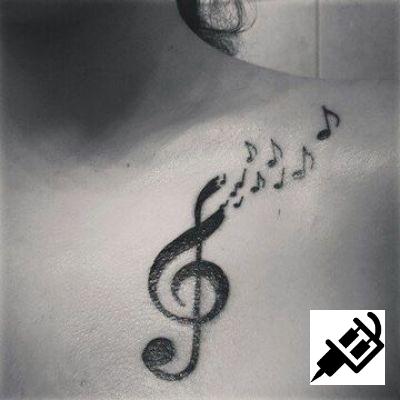 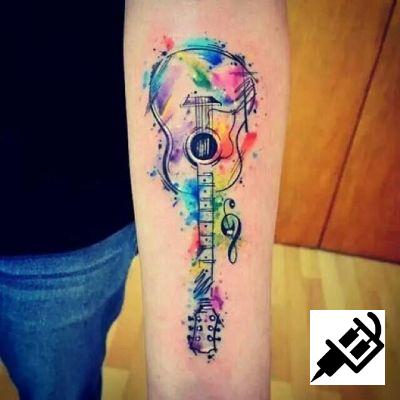 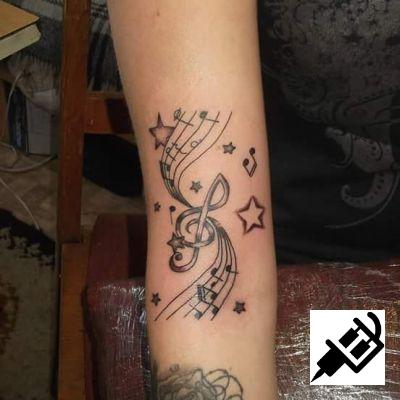 Small tattoos of musical symbols can be placed anywhere on the body. The most common areas to get small musical symbol tattoos are on the ankle, wrist or behind the ear. 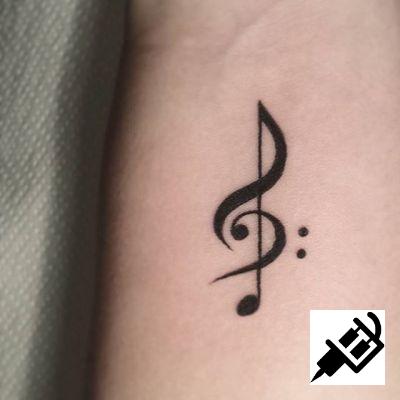 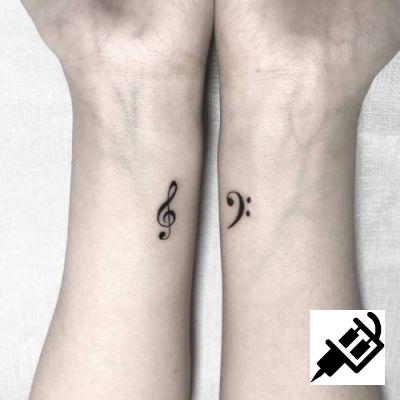 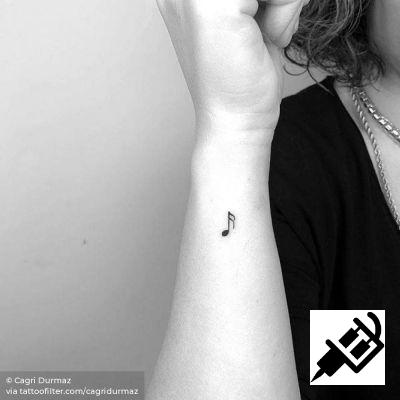 Large musical symbol tattoos can be found on the leg, arm, side or back. They are painted alone, with a score and mainly in black ink, although there are times when shadows or other designs are added to complement the tattoo. 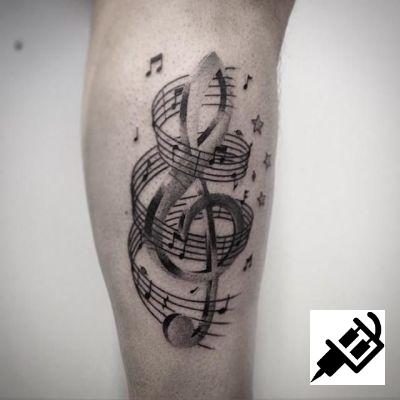 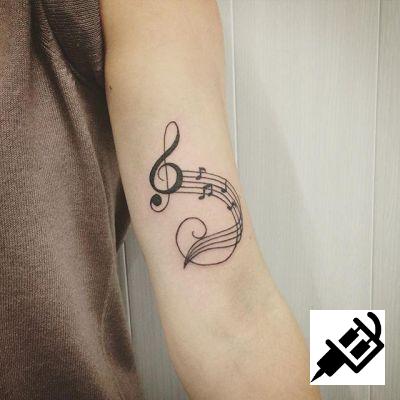 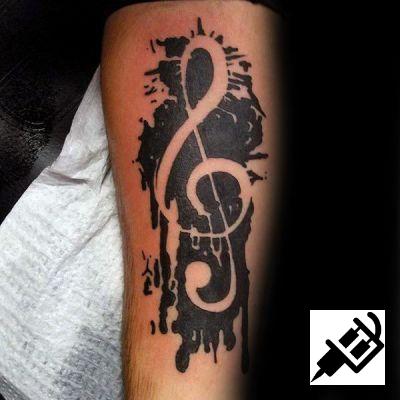 Musical symbol tattoos can be applied to almost any part of the body as the possible sizes are very varied.

Musical Symbol Tattoos on the Arm

If what we want is a small and discreet tattoo, the wrist is perfect, usually women are the ones who opt for these tattoos and is a perfect area for those who are new to the world of tattooing. But if, on the contrary, we want a large tattoo, we can always opt for the man or the forearm as they are wide areas and dode is easy to make a large tattoo. 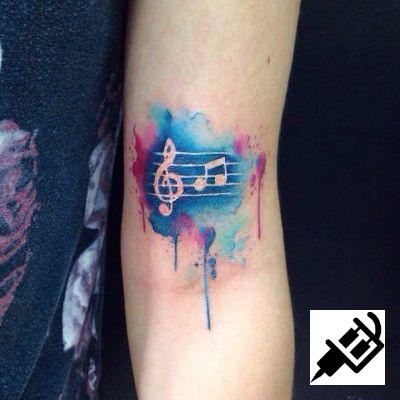 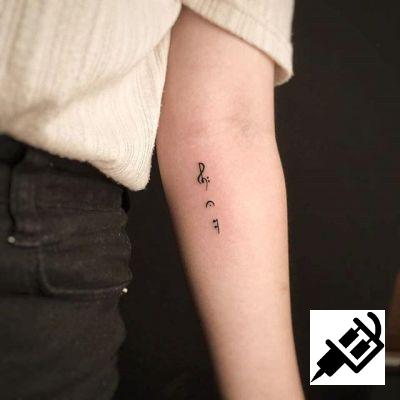 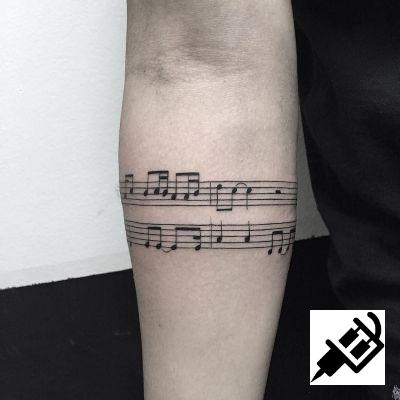 Musical Symbol Tattoos on the Back

The back is a perfect area to get big tattoos, but small ones are also very good. The designs are very varied, they can be from a score that goes all over the back, to a treble clef on the back of the neck. 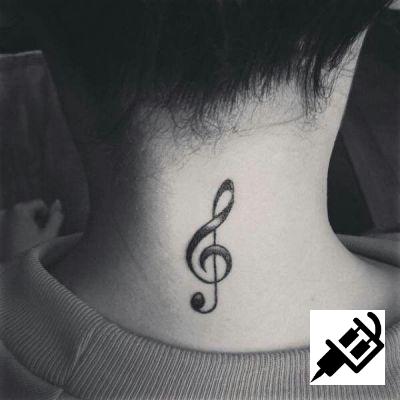 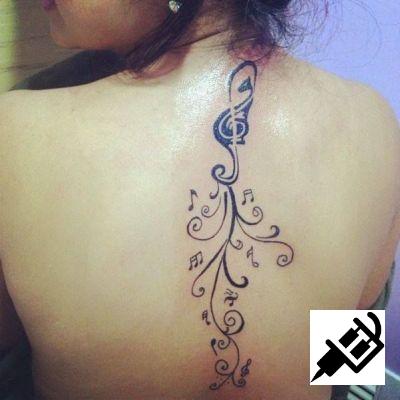 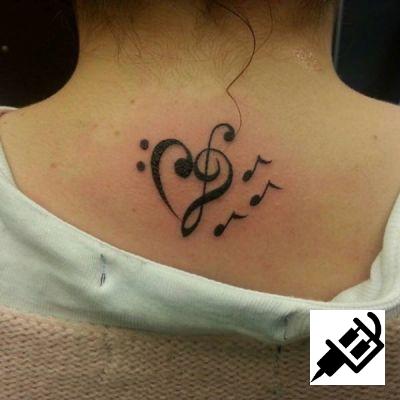 Music Symbol Tattoos on the Leg

Generally, musical symbol tattoos on the leg are quite large, they are usually scores with colors or shadows. Women are the ones who opt for this type of tattoos. 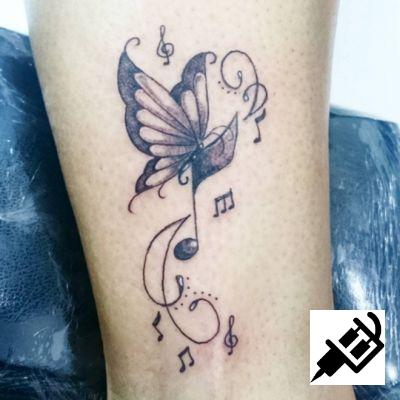 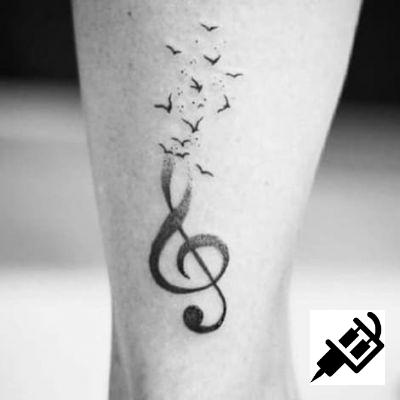 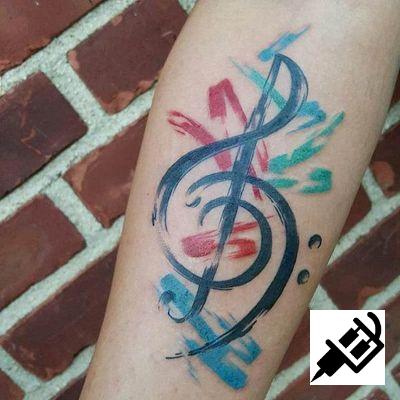