A lion tattoo is a great motif for tattoo designs and that's why it's in such high demand. No matter what social class you come from, the lion is ideal for a warrior and fighting soul or for a soul that although has always lived comfortably, has a lion inside that wants to come out and roar and show who they really are.

The lion, as the most powerful being in the animal kingdom, endows the tattoo with power and authority, while representing the strength and leadership of its wearer. Since it is a fearless animal, which knows no fear, a tattoo with its image is suitable for those people who consider themselves brave, as well as for those who need to be brave to overcome a fear. 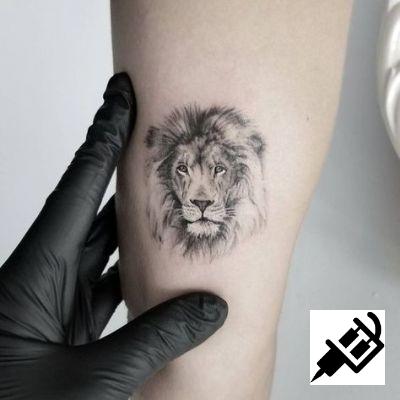 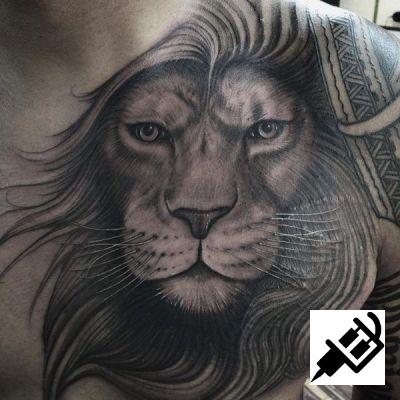 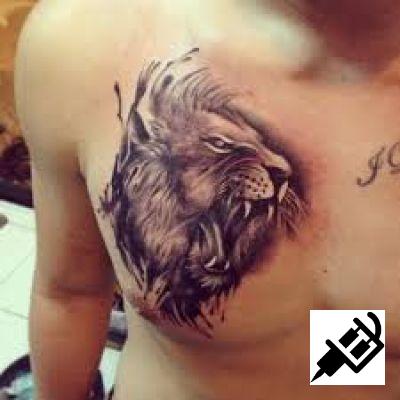 The lion is one of the most popular animals among people who choose to get a tattoo, just as they have been for many centuries as they are one of the most majestic animals on earth. They are proud and powerful creatures that live in the savannahs of Africa, a vast and untamed land populated by hundreds of other species of animals. 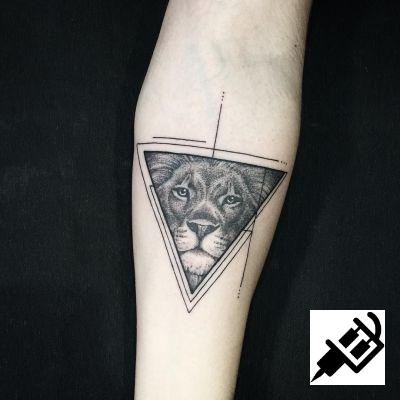 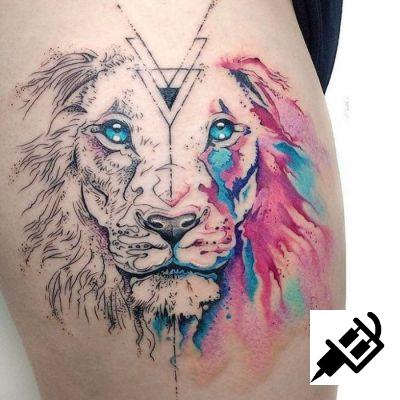 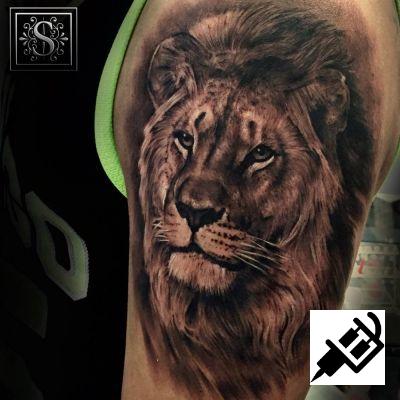 Lions have great symbolism in tattoos and that is why both men and women choose them for their designs. A lion tattooed on the skin shows strength, but it can have great meanings for those who wear it. The lion, the king of the jungle, is a slender, strong, hunting animal... lions have been and are, for many people, sacred and even magical animals. The most common symbolism regarding lions is usually strength, courage, courage and bravery. It is a great option for people who want a tattoo with strength and who also want to show their wild and confident side. 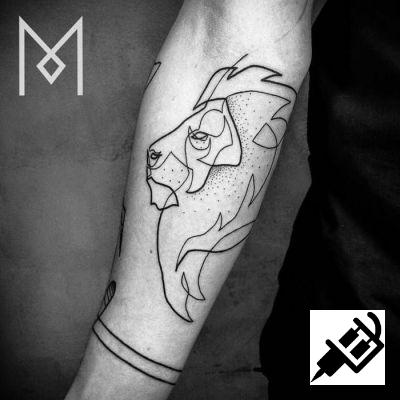 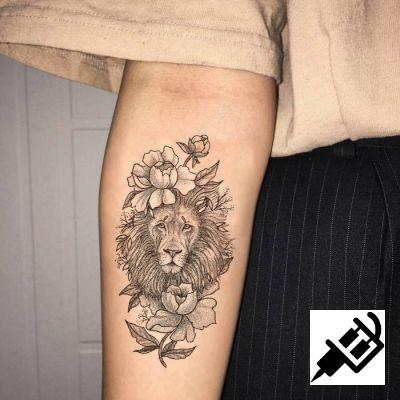 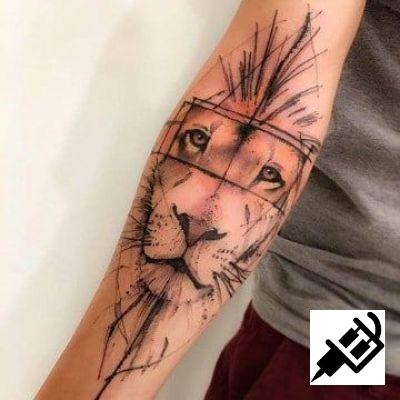 Although we can find lion face tattoos on any part of the body, the largest and most spectacular are on the back, with designs that can cover the entire back, chest or shoulder, very large areas that allow the tattoo artist to capture the design with much more comfort and ease. 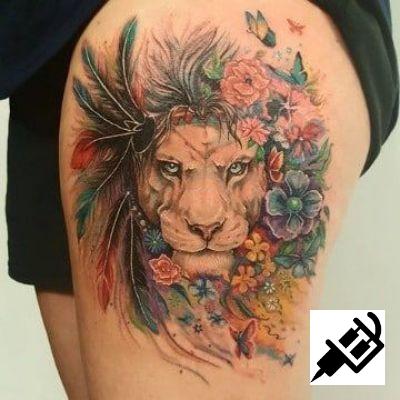 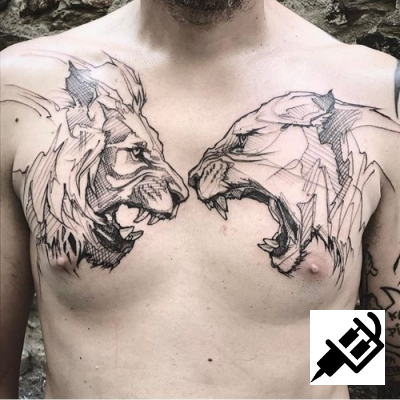 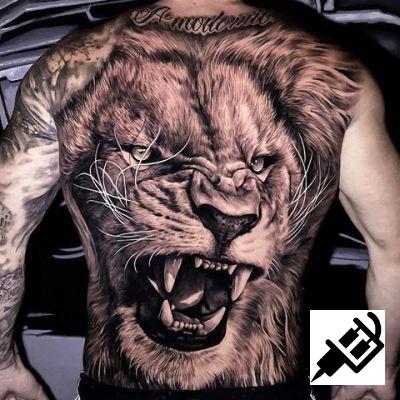 They are mainly found on the arm, both on the inner side and on the wrist. Although, in recent years, the designs on the finger of lion face tattoos have become very popular. Being small in size, they do not usually have many colors, but on the contrary, they are mostly in black ink. The most common style among small lion face tattoos is minimalist, with fine lines showing a very elegant finish. 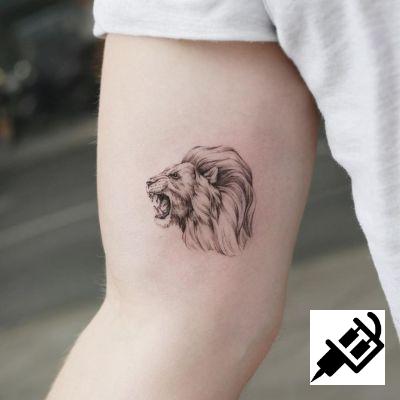 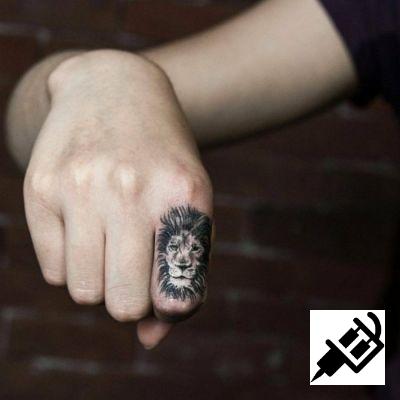 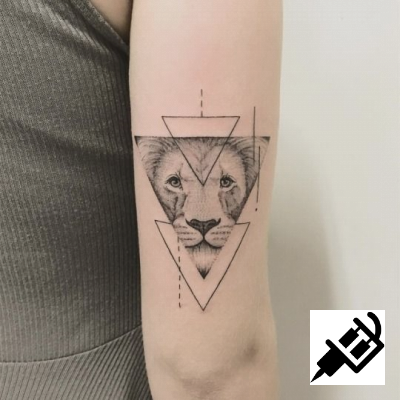