Glow-in-the-dark tattoos gained popularity a few years ago and are still popular in the clubbing scene. These are tattoos made with special ultraviolet inks, so that when ultraviolet light is applied to them, they seem to take on a life of their own. But UV tattoos also have some negative factors, as well as several important things to keep in mind.

Most Popular Glow in the Dark Tattoos

These tattoos, can have designs of any kind, some really original. It must be said that, undoubtedly, there are many people who have joined these UV tattoos by the large number of light games that can be done with them. It is possible to see some pigments of the drawing in broad daylight. In very white tones, they tend to fade with time, so to maintain this type of tattoos, we must make touch-ups often with these special inks. These tattoos are very popular because they are very original and surprising. But they are not very recommendable because of the health problems they can cause. Besides, to get one you would have to go to another country, because they are forbidden here. But it is not worth the risk just to have a more original tattoo, because there are thousands of amazing designs that are just as beautiful and do not carry any risk. 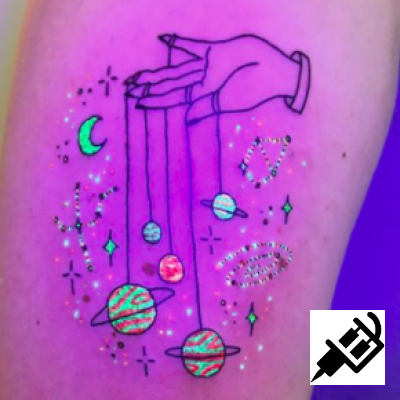 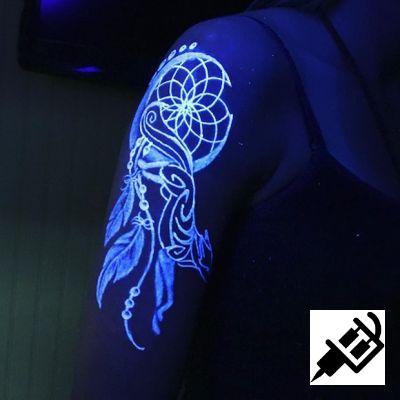 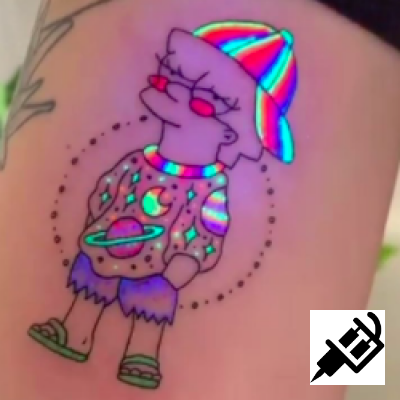 Glow in the Dark Tattoos for Men

They are large and often inspired by scenes from movies. Normally, they are not completely covered with UV ink but only a part of them, so they stand out more. 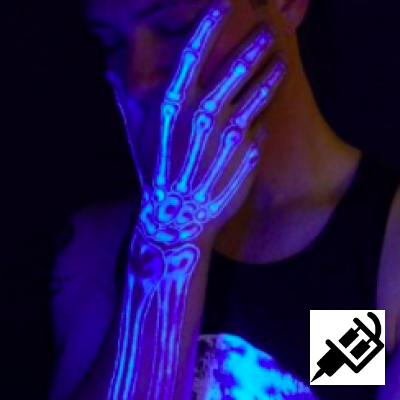 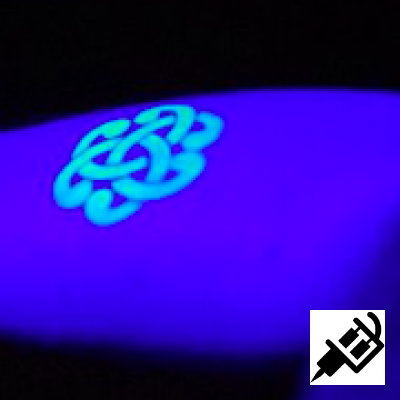 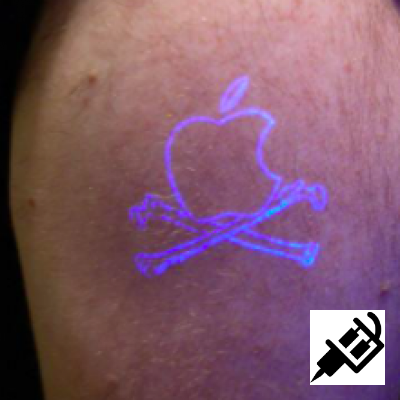 Glow in the Dark Tattoos for Women

In this case they are smaller and minimalist style, most designs are quite discreet and if they are used to be embodied mostly by this type of ink. 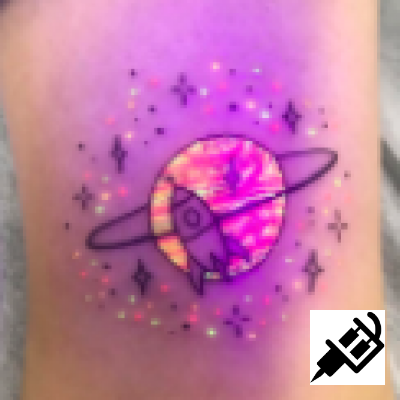 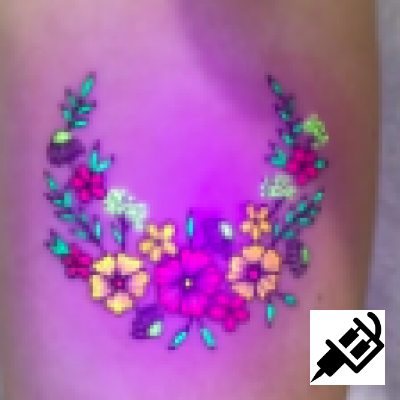 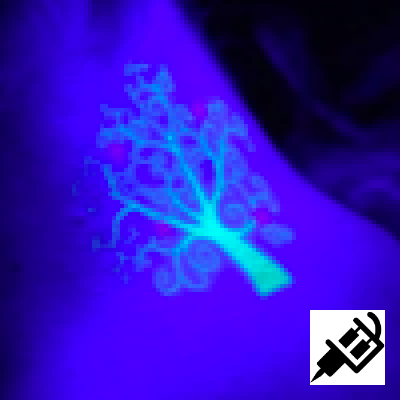 Small Tattoos That Glow in the Dark

They are usually worn more by women and are placed on the wrist, ankle or side.

On the shoulder or the calf, is where most of the large glow-in-the-dark tattoos are found as they are areas that allow it and are very visible.

Glow in the Dark Tattoos on Body Parts

On the wrist, the inside of the arm, the shoulder or the calf is where we find more tattoos that glow in the dark.

Glow-in-the-Dark Tattoos on the Wrist

They look great and are discreet but the drawings can not contain many details as it is a small area.

Glow-in-the-Dark Tattoos on the leg

They are large and usually depict scenes from some movies, they are realistic style.