Tattoos are in the light of day and more and more people are encouraged to get one of them on their body, there are hundreds of designs and a lot of variety when choosing a particular tattoo. One of the most common and popular today among people with Eastern beliefs, are those that refer to karma. Below, we will talk about the meaning of karma tattoos and the symbolism that usually surrounds them.

Karma tattoos are very popular when we are looking to get a tattoo with meaning. Karma is an energy that permeates everything. It is the Buddhist belief that everything we do has consequences. It is a system of cause and effect, by which, everything we did at some point in the past, past lives included, has a direct effect on what we live in the present. 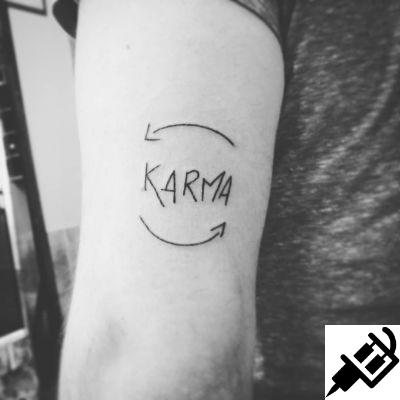 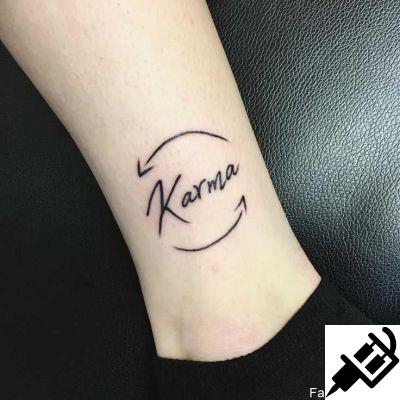 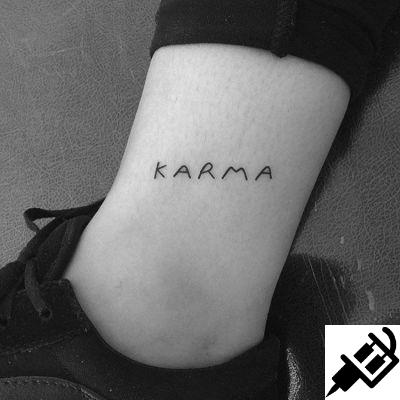 Meanings and Symbolism of Karma Tattoos

Karma tattoos are the representation of this belief in Dharmic religions, mainly Buddhism and Hinduism. As we said, karma is considered the "cosmic law" of retribution, the cycle of cause and effect: every action has its reaction. In these religions, this retribution has an effect beyond one's own life: each of the person's reincarnations is conditioned by his or her actions in previous lives. The symbols that represent the energy of Karma are many and varied. One of the most popular is the infinite knot, which symbolizes the interconnection between the different causes and effects, an eternal karmic cycle. The infinity knot tattoo is also popular in other religions, such as Celtic and Nordic cultures.

There are no tattoos strictly for men or for women, so even if we talk about karma tattoos for women, we will not find much difference. The only difference we can find is that the tattoos are with thinner lines.

Karma tattoos are usually small and minimalist in style, so they don't require a lot of detail. Being small in size, they can be placed anywhere on the body.

We do not find large Karma tattoos, because as we have said, they are minimalist in style.

When talking about small size tattoos, we can place karma tattoos on any part of the body, but where we find more karma tattoos, is on the inner side of the arm, wrist, neck or ankle.

Karma Tattoos on the Upper Arm

It is a part that offers many possible spaces where to place our karma tattoo, but where they are best, is the inner side of the arm and wrist, which are discreet and small spaces where a tattoo of this type is great.

Karma Tattoo on the Ankle

They look great and it is an area that is becoming more and more fashionable. Maybe it's not the best place to get your first tattoo because it might hurt a bit, but you'll see that the result is very nice.

Karma Tattoos on the Neck

On one of the two sides of the neck or behind the ear, they look great, you just have to keep in mind that it is very visible so depending on your work or the occasion you may have to hide it.