20 best Egyptian tattoos and their meanings

It is said that the Egyptian culture used tattoos as an "entrance ticket" to the afterlife. According to experts, the possible reasons were: the tattoo as a connection to the with the gods, as an amulet to repel or attract certain things or as a sacrifice for a as a sacrifice to a special god. An investigation that revealed that the world's first tattoos were found on Egyptian mummies, identified a identified a wild bull and a sheep on a male mummy, and "S" shapes on a female mummy. The Egyptian theme is one of the most chosen by people who decide to get a tattoo because it is full of symbols. Within this theme, we can find designs of Egyptian gods such as Anubis, Ra, Isis and Osiris, which represent resurrection, justice and death among many other meanings. We can also find other symbols related to this kind of mythology; this is the case of Horus and the Ankh, also known as the Egyptian cross, talismans that represent eternity and infinity.

The ancient Egyptians, have fascinated many people around the world for decades and, nowadays, this the world for decades and, nowadays, this fascination has moved to the world of tattoos. to the world of tattoos. The ancient Egyptians were the first known known culture that used tattoos, they had an alphabet based on images (the hieroglyphs). images (hieroglyphics), and each "letter" was based on a sculpture, animal or god of the Egyptian culture. In addition to the Egyptian gods and other related symbols, the most popular designs of this theme, are tattoos of pyramids, sphinxes, animals like the scarab, or even those of pharaohs like Tutankhamun or Nefertiti. Among the most popular Egyptian tattoos, we find:

Meaning and Symbolism of Egyptian Tattoos

Egyptian tattoos are characterized by representing a balance of power. It is very common to see the gods of this mythology and their main symbols tattooed on the skin. At that time, the gods were the center of the culture and people used tattoos as a way to connect with them. Egyptian mythology is one of the most popular and well known in the world. The meanings and symbolisms that we can find among the Egyptian tattoos are:

Generally, Egyptian tattoos, have a delicate and harmonious aesthetic, and, as you have seen, with a deep meaning. Egyptian mythology has given origin to many symbols chosen for tattoos for both men and women. But usually, the Egyptian tattoos that men prefer are large and with many details. Usually on the arms, chest or back. 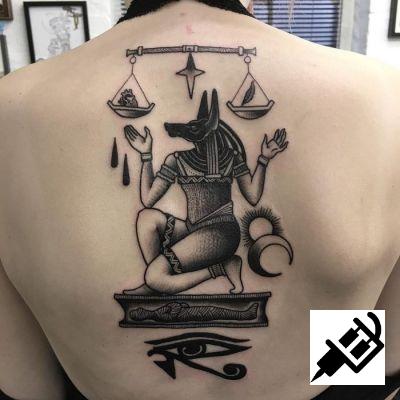 Women tend to choose smaller, more discreet tattoo designs. But that doesn't mean that their tattoos don't have the meaning they want to give them. Some examples of Egyptian tattoos that women usually choose are: 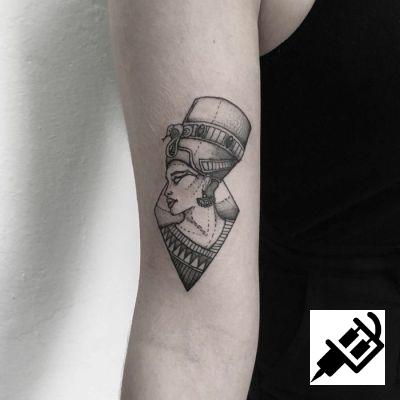 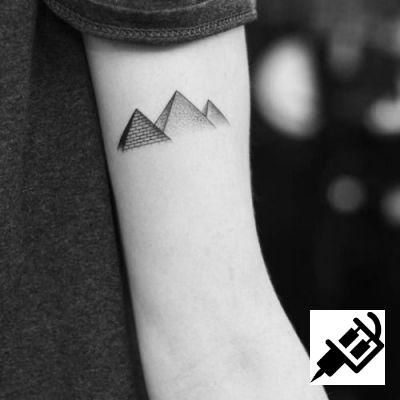 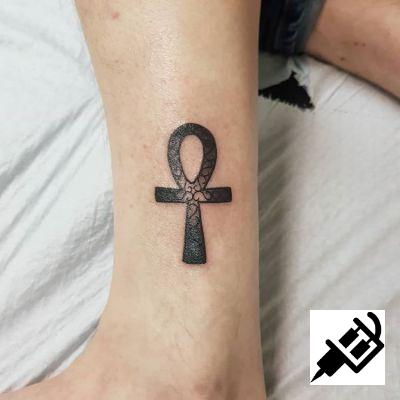 Most of the Egyptian symbols are usually represented with small tattoos. These, in many cases are in discreet areas, although, as always, it depends on the taste of each one since a tattoo is personal. Below, you can see some examples of small Egyptian tattoos: 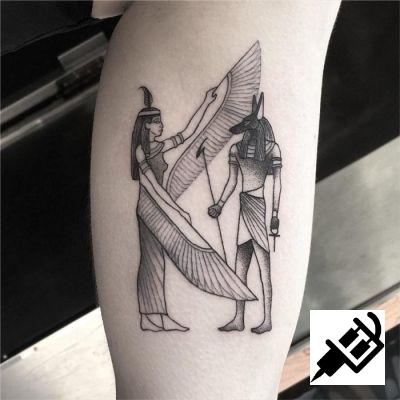 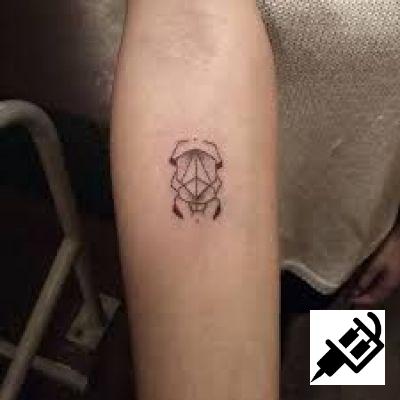 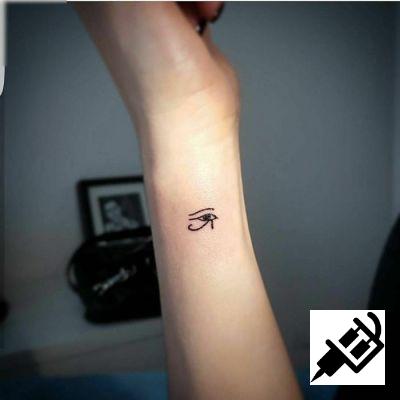 In this case, tattoos are usually made with a lot of details, made with different types of lines and even giving them depth effect with shadows. Some examples can be: 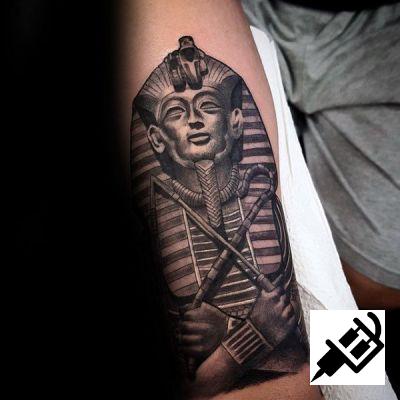 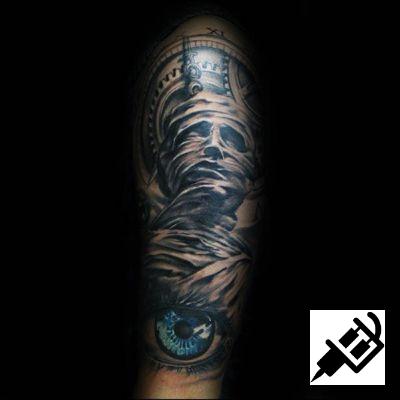 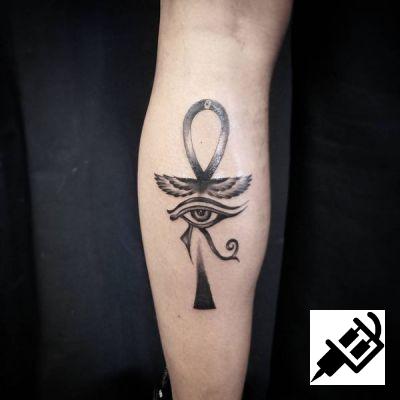 While in most types of tattoos, the most common body part by far when it comes to getting tattoos is the arm and, more specifically, the shoulder, in Egyptian tattoos, we find a wide variety of body parts that are usually tattooed.

Egyptian Tattoos on the legs

On the legs, we find many different tattoo designs. In this part of the body, the designs can be very varied, from large, thus occupying a large part of the leg, or small, more discreet. 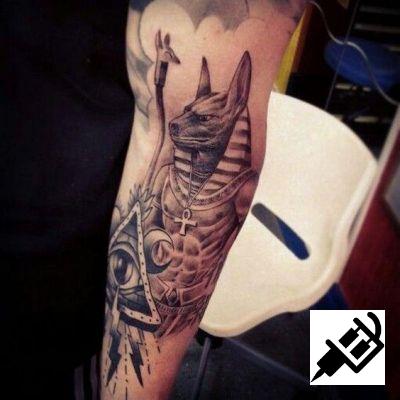 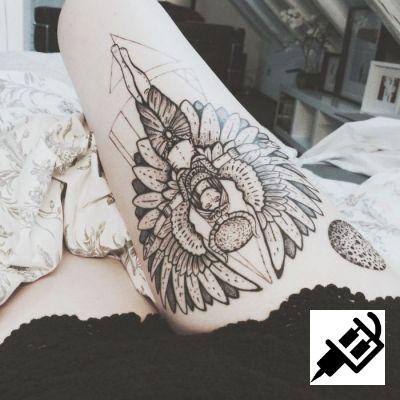 Egyptian Tattoos on the Arms

This part of the body, stands out for being the most tattooed in most types of tattoos, as it allows to capture any type of design, des large with lots of details, to small and minimalist. Some examples of this are: 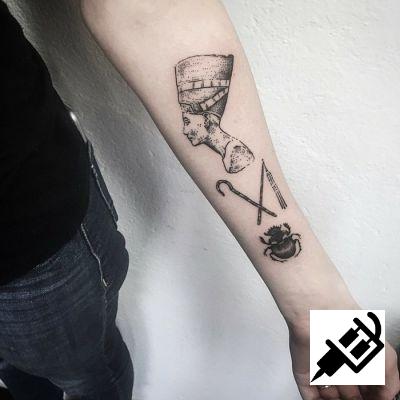 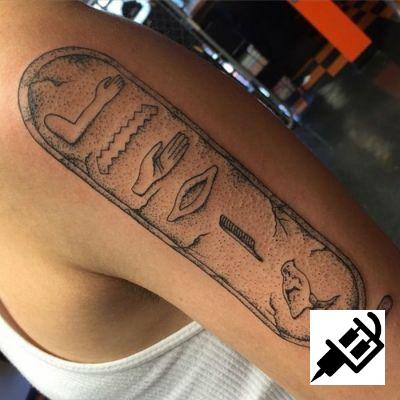 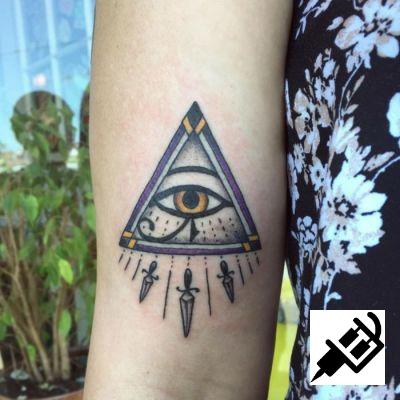 Most of the tattoos that are done on this part of the body, are large and contain many details, made from different types of lines. Also, in this area, Egyptian tattoos usually have more variety of colors. 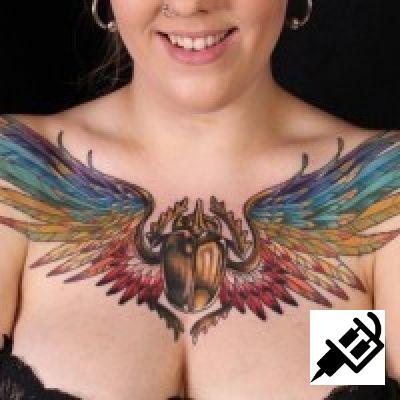 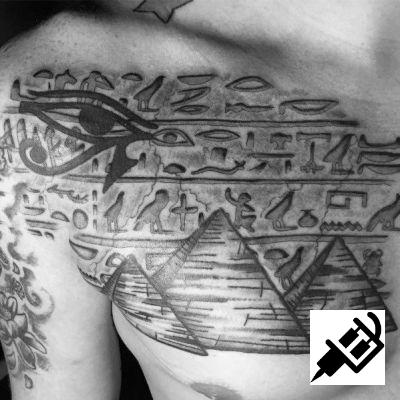 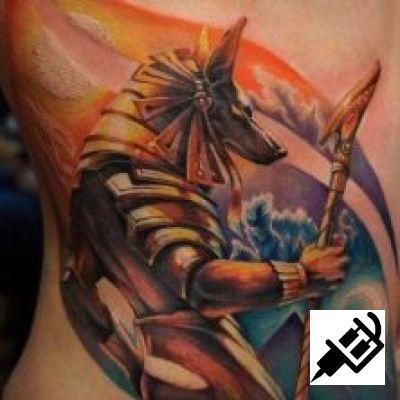