Man's relationship with God is instinctive and belief in a Great Creator is universal. Christians desire to glorify the Supreme Being in every way possible, sometimes even imprinting their bodies with Christian tattoos. They consider their faith to be the most intimate way to let Jesus into their lives. According to biblical scholars, there is no explicit prohibition regarding tattoos, even if this procedure might seem to be in contradiction with the general, invasive culture of the human body.

The popularity of Christian tattoos seems to be growing rather than fading, if compared to other types of tattoos. Crosses, crucifixes and scenes of dramatic events from the bible are more common than you might think. Classic portraits of Jesus Christ alone, with the Virgin Mary or with his apostles are the most sought after designs. They are open to different styles and interpretations. Formidable biblical scenes, such as the opening of the Red Sea, the 7 Plagues, the Last Supper and many others, are ideal tattoos to place on large areas of the body such as the back and chest. Biblical passages, used as themes for tattoos, are an effective way to connect humans to their spiritual beliefs. Fervent Christians usually have bible passages that are their favorites and this they use as a source of inspiration and enlightenment. Psalms and excerpts from the Holy Scriptures are sacred tattoos because both the Old and New Testaments are rich in very inspirational religious quotes. The most popular Christian symbol tattoos are:

Christian tattoos are loaded with meaningful objects as religious symbols. They exert a powerful influence on both the intellect and emotions of Christians of all cultures. These symbols are deeply rooted, in some ways, but they are also open to imitation from other traditions. These symbols, primarily of biblical origin, have universal appeal and meaning. The waves represent water, which is the essential component of baptism. It represents purity and sanitation for Christians. The flame of a candle represents fire, which in turn symbolizes the light of the world and the Holy Spirit. Two books of the Bible reinforce this: the tongues of fire at Pentecost and the fact that Christ's disciples call him "the light of the world". The cross is the most recognizable symbol of Christians. It represents the most altruistic act in Christian history: Jesus Christ, nailed to the cross to save mankind from its sins. 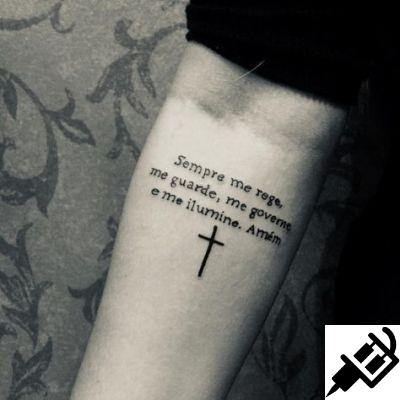 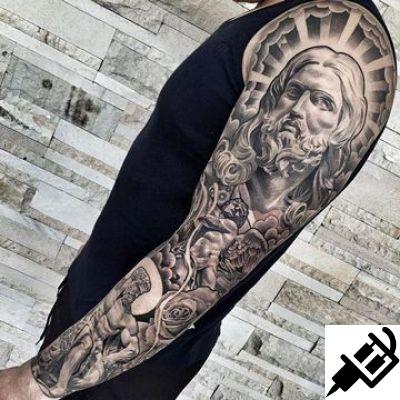 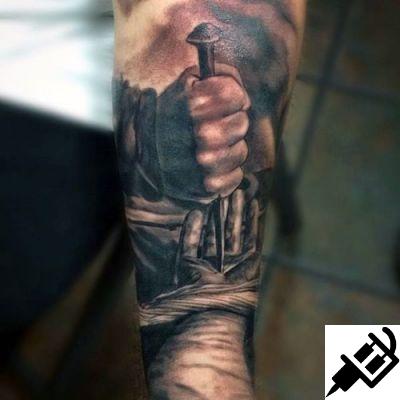 They are very large and visible, so everyone knows how important the Christian faith is to them and they themselves always keep it in mind. The designs are usually in black ink and often in a realistic style. 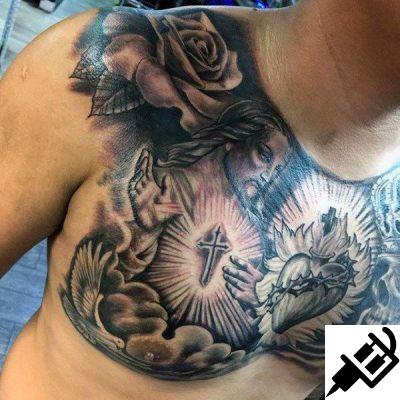 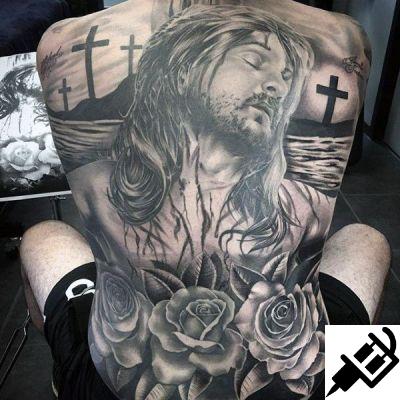 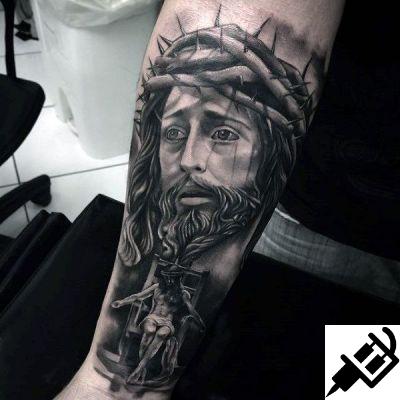 While it is true that women usually opt for minimalist style tattoos, in the case of Christian symbol tattoos, they are much larger. The most common is to find them on the back or wrist. 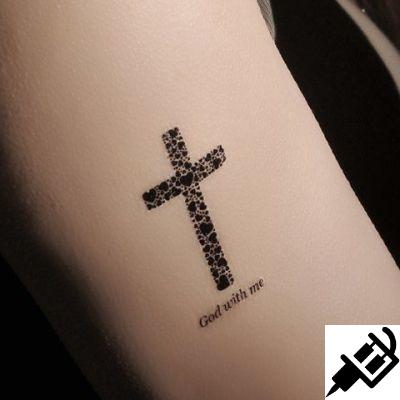 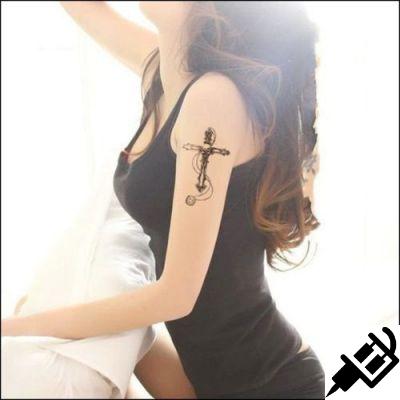 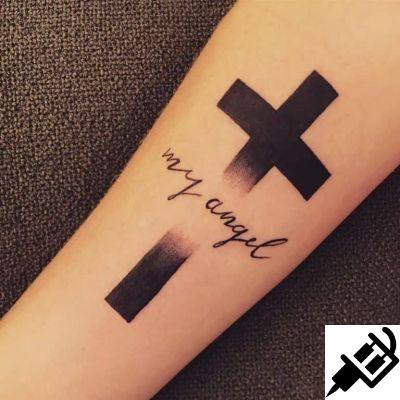 We have already said that both men and women, usually opt for tattoos quite large of Christian symbols, but there are always those who opt for small tattoos. 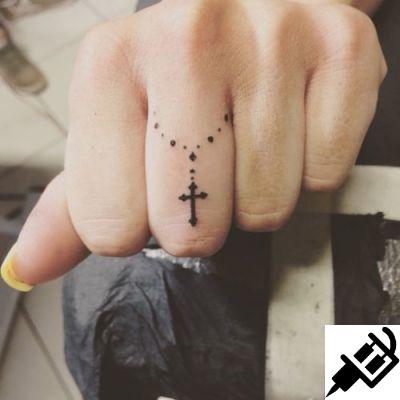 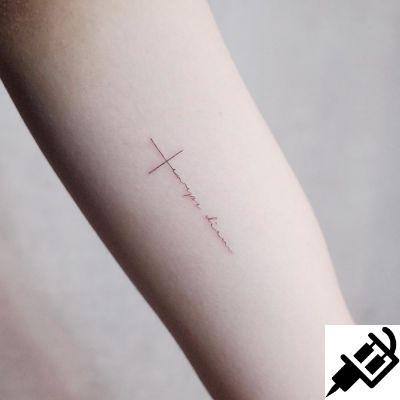 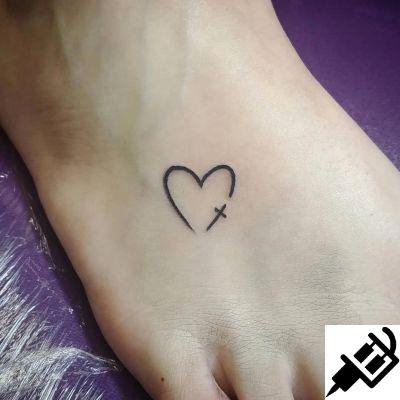 With lots of details, and with shadows to make the tattoo stand out more. They are always in black ink and usually represent biblical scenes. What you should keep in mind before getting a large tattoo is that you will probably need more than one session for the tattoo to look good and with all the details, but for sure, the result is spectacular and you will love it. 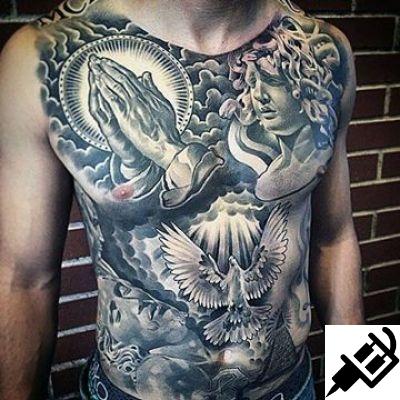 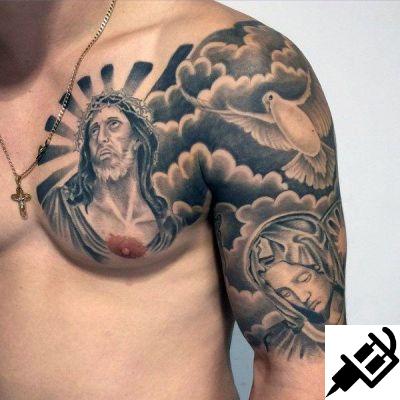 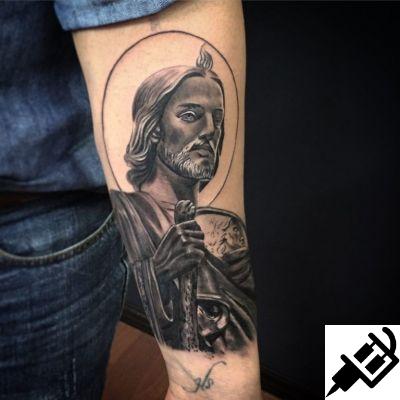 As in most cases the tattoos are large, so the tattoos have to be in wide areas such as the back, chest, shoulder or calf.

Christian Symbol Tattoos on the Chest

Christian tattoos are directly related to faith, so it is not surprising that most of these tattoos are found on the chest, near the heart. 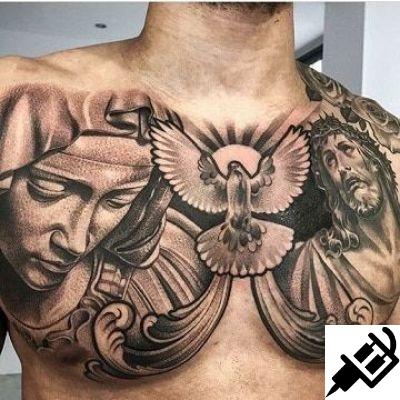 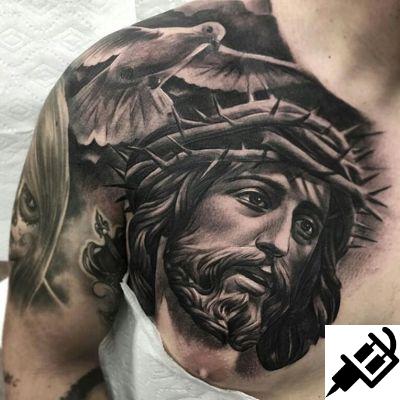 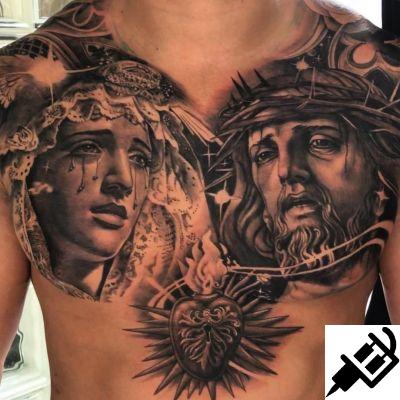 Christian Symbol Tattoos on the Back

The back is a perfect area for large tattoos, this way the details are very well marked. 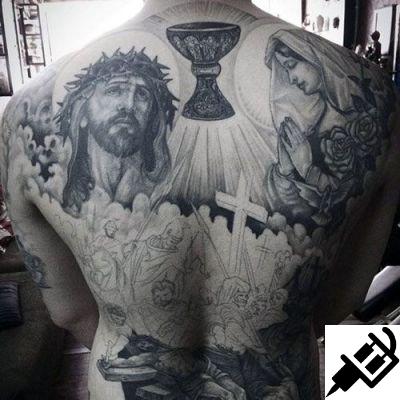 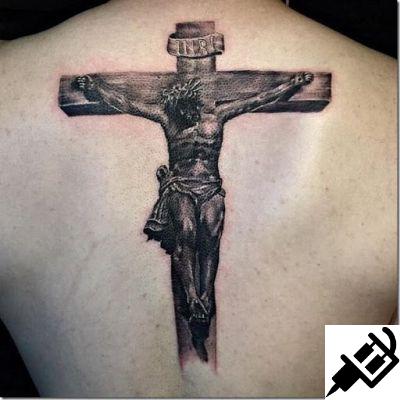 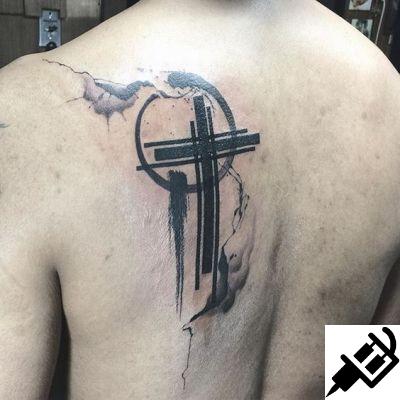 Christian Symbol Tattoos on the Arm

They cover a large part of the arm, like a sleeve, not being flat, it is more complex to tattoo this area, but once you see the result, the truth is that it is very spectacular. 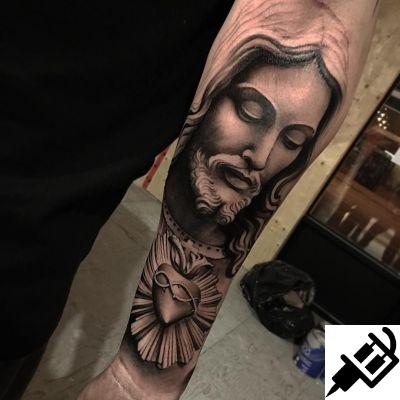 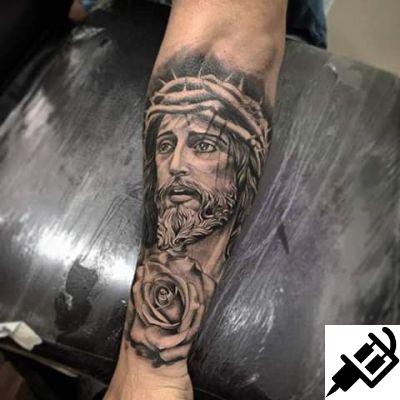 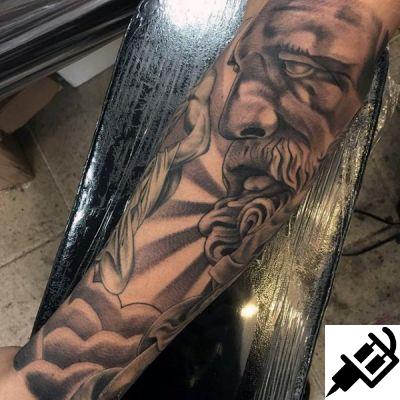